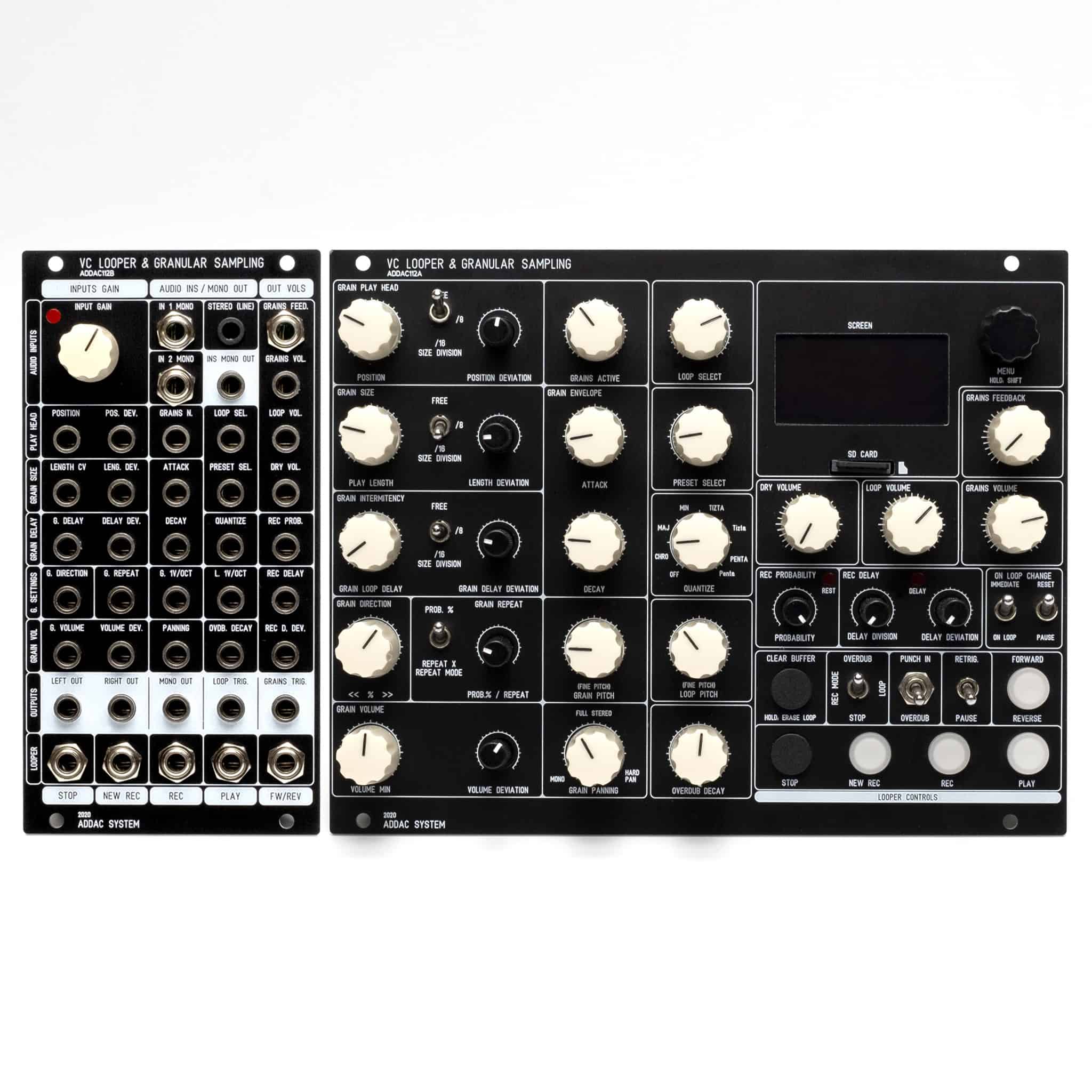 ADDAC System Introduces ADDAC112 VC Looper & Granular Sampling. There’s a long history behind the granular concept and many reinterpretations of its core principles, this is ADDAC System’ take on it. In a loose description digital Granular refer to pieces of sound files being played at the same time with slight or completely different parameters originating what is commonly referred to as granular clouds. Normally there’s a buffer size from which the granular engine snips its pieces and plays them according to the parameters set. This buffer size is normally small in size where grains are so small that can reach the hearing spectrum and be heard as a sort of ever-changing complex wavetable, this is the principle behind granular synthesis.

In the ADDAC System vision, they added the possibility of long buffer sizes up to 5 minutes, allowing “softer” approaches to the granular principle using it as an effect that can generate from “accidental” effects like slight “stutters” to extreme processing and transformation of any incoming audio signal.

This module is conceptually deep but easy to grasp and operate as all controls are in its dedicated panel, all jack inputs and outputs have its own separate panel to allow no compromise when playing its controls.

There are three main sections in this module

Besides these main sections there’s also a simple strip down MENU mainly used to LOAD and SAVE Banks, no Menu diving guaranteed.