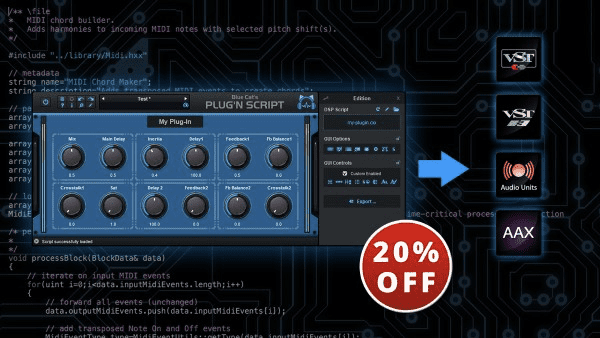 “Craft your own effects and instruments” – Blue Cat’s Plug’n Script is an audio and MIDI scripting plug-in and application that can be programmed to build custom effects or virtual instruments, without quitting your favorite DAW software.

If you are an experienced programmer, you will find in Plug’n Script a powerful development environment for audio plug-ins: prototype algorithms quickly, generate a state of the art graphical user interface (GUI) without a single line of code, and export a VST, VST3, AAX, or Audio Unit plug-in, right from within your favorite DAW! Creating a plug-in has never been so fast!

On this Re-Intro Offer timeframe, Plug’n Script is available at a special price (20% off)! This re-introductory offer ends on March 15th, 2021. 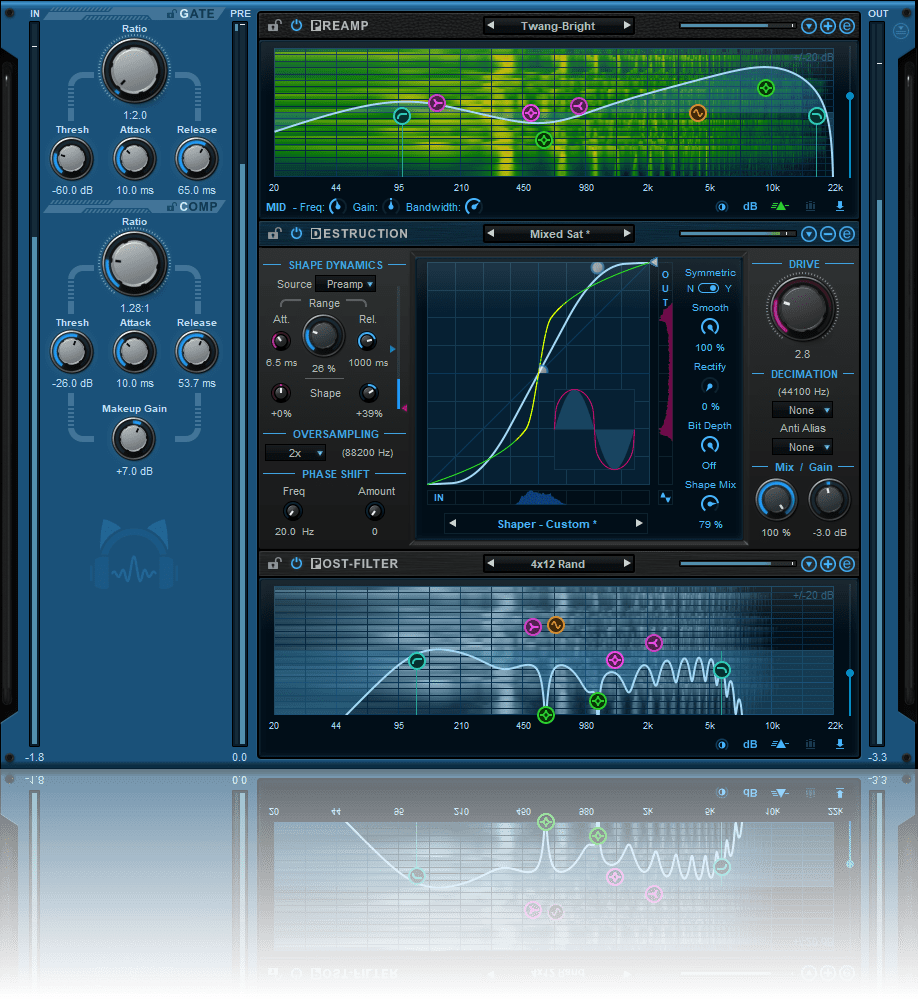