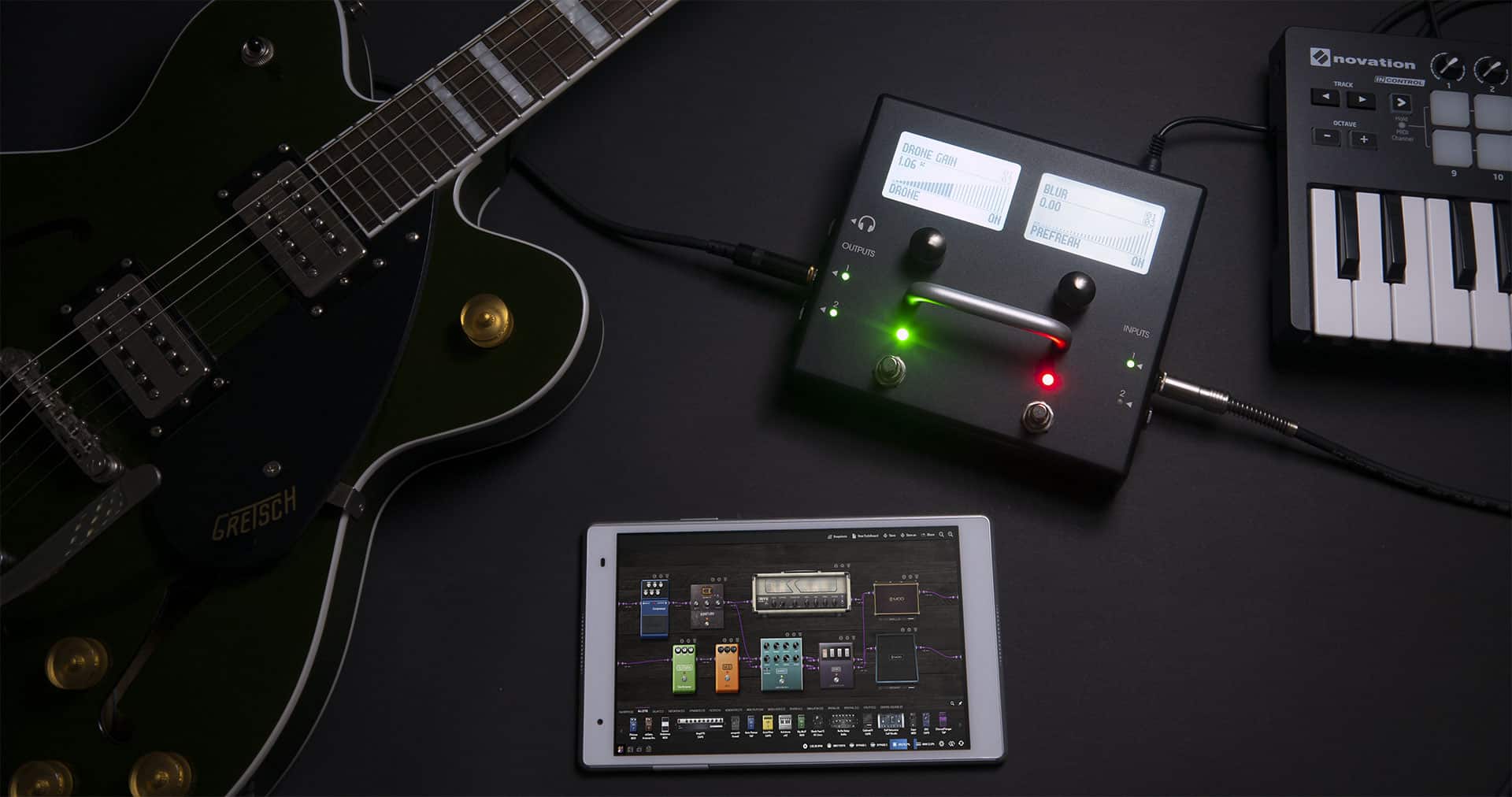 A significant step forward for the MOD Devices platform, covering all products in the company portfolio, is announced with the release of version 1.10 of the MOD OS.

With the debut of their newest audio processor, the MOD Dwarf, the company releases an update that also enhances the usability of both the flagship Duo X as the touchstone MOD Duo, keeping all three devices (and the MOD footswitch) within the same user-friendly, open-source rooted orbit, while refreshing the legacy models with a cleaner look and more information presented.

With many improvements within the general user interface, the OS 1.10 update unlocks many exciting new features for the platform, notably, a file manager UI inside the now-familiar web interface. With soon-to-be-announced plugins and sampled instruments, users will be able to upload their own audio and MIDI files and IR files to and from the device. This opens up many new use cases for all MOD Devices: using it as a backing track player, MIDI player or impulse response loader – it will even be capable of running sampled instruments.

With the user customization key on the company’s agenda, the number of user control pages has doubled on the Duo X. While actuators have been unlocked to become momentary switches when activated. They can be set to either “momentary on” or “momentary off” opening up countless performance options for the device. Similarly, you can now set the buttons of the Duo X or the footswitches of the Duo and Footswitch controller to cycle through different colors with list-style parameters. On the Advanced settings for the assignment, you can set the LED color to be static or to cycle. In cycle mode, the LEDs will change the colors helping to identify the position in the list that has been currently selected offering a clear presentation of the user’s personal set-up. Additionally, you can assign toggle parameters – such as the effects on/off switch – to all knobs.

Overall the update marks the commitment to refining and bringing forward past devices into a more user-friendly expressive creative present.

The upgrade procedure is explained with relevant files in the MOD Wiki or available as an automatic update shortly.

Update Available For Mixbox – For The Best Experience