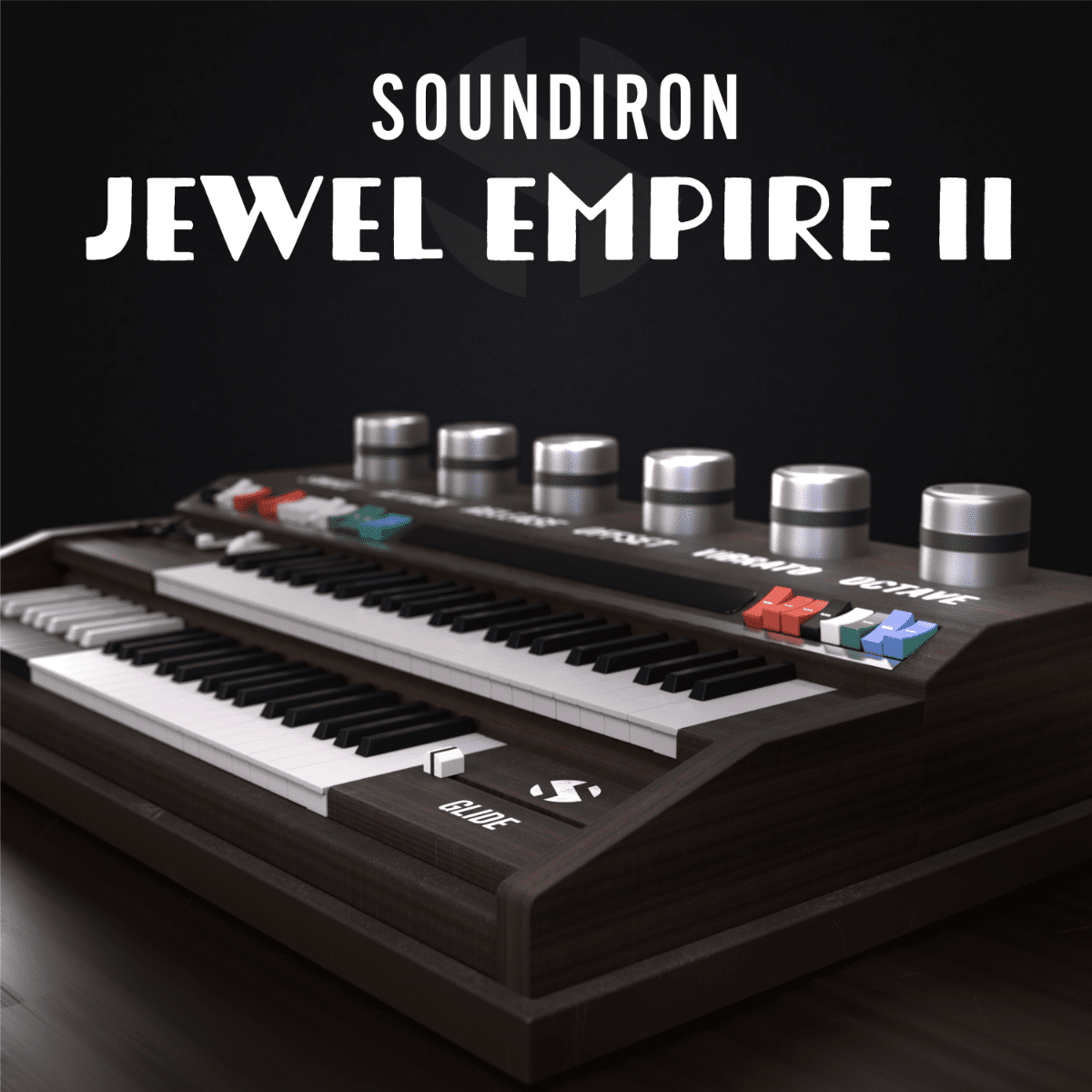 Jewel Empire II captures the versatility and specific character of the GEM Imperial II electronic organ. The GEM series of instruments were manufactured by GeneralMusic in Italy sometime during the late 80s and early 90s. This large electronic organ comes with two key beds and a large variety of voice tabs, a dedicated Bass voice section, and draw bars to control a lot of voice functions.

Jewel Empire II was recorded in a dry studio using a pair of Neumann TLM 103 large-diaphragm microphones and a direct line in. Soundiron recorded its stock presets with sustains and staccato samples, as well as its bass presets. The included octave, vibrato and FX rack give you an easy-to-use interface to completely customize and shape its fat analog sound to fit a variety of creative styles.

This library features a large selection of sustains and staccatos – both normal and bass – to capture the varied character of this Italian instrument.

Soundiron recorded the instrument articulations in wide stereo and a direct line in. After that, Soundiron crafted twenty evolving atmospheric pads from the source content to enhance the versatility. The Jewel Empire II has a signature characteristic that makes it a perfect addition to any composer’s synthesizer palette.

It’s built for the full retail version of Kontakt 5.5 or later.

IR001 GLASS Impulse Responses by HISS and a ROAR