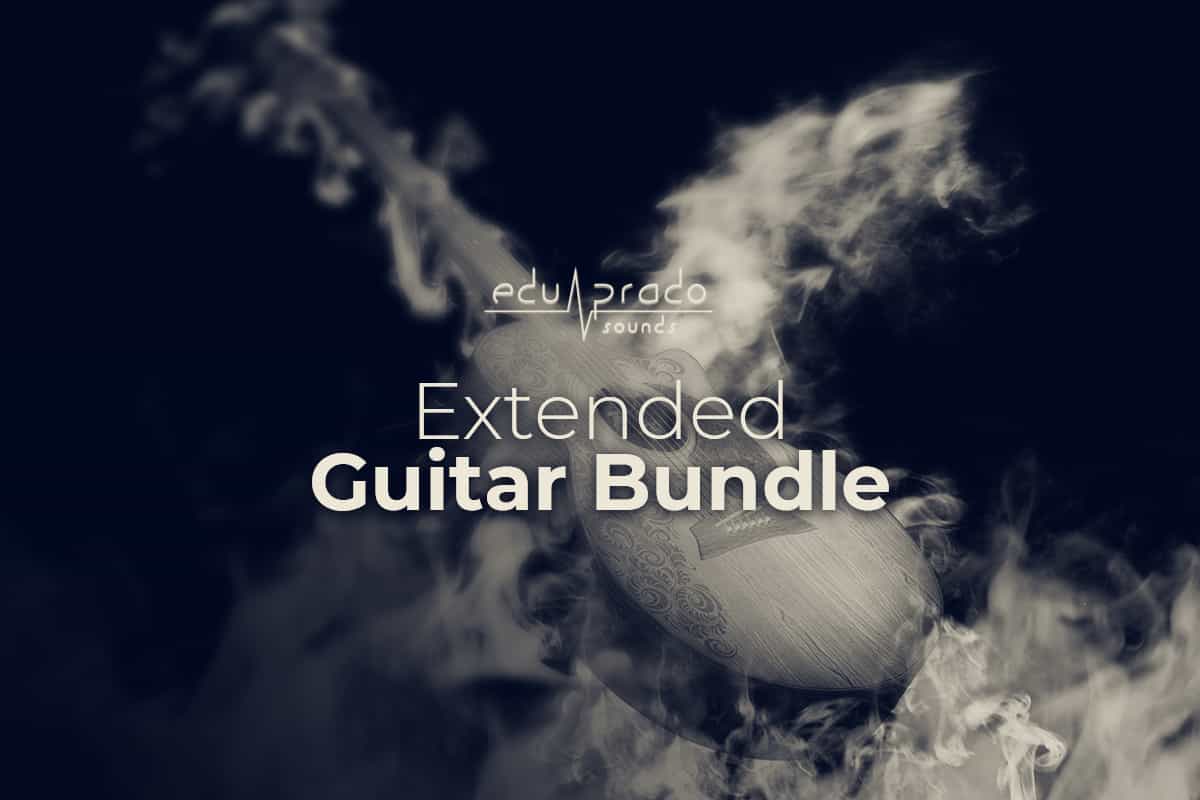 The Fingerstyle and Pick patches present a chromatic harmonics option played with the finger or with a pick, respectively.

The Reverse patch consists of the harmonics samples played in reverse, which can be particularly useful for sound effects and textures.

The Pad patch is one of the most unique and interesting of the Guitarmonics, as it offers an original and distinct pad that lies somewhere between a synth and an organ-like sound. This patch was created only from the tails of the harmonic samples of the acoustic guitar.

The Percussion patch brings a great variety of percussive and drum-like sounds that can be achieved with an acoustic guitar, from tapping and hitting the top or the back of the instrument to picking and plucking muted strings. Playing those sounds with a virtual instrument allows more agility and different rhythmic patterns than what could be achieved only with the live instrument.

The sul pont patch consists of the guitar being played with the cello bow really close to the nut, producing a similar effect as the sul ponticello technique used in bowed string instruments. This results in a more harsh and airy sound, producing different harmonic partials, giving also a more organic feel as the harmonics are constantly changing.

The pad patch is the most different from the others, as the sample is already processed to achieve a heavy pad sound. To create the pad, a sample from the sul pont patch was extremely stretched and layered with different octaves and harmonics.

The last patch features a bowed harmonics patch, where the sound of the bow hair sliding across the string can be clearly heard.

The sul pont, tremolo, and harmonic patches have a special feature: when played with high velocity a different sample is triggered, where the left and right channels are out of phase, creating a wide stereo effect, simulating two instruments playing and moving in the stereo field.

These libraries are incredibly versatile, extremely useful for all kinds of projects, from pop beats to cinematic textures; and include built-in effects such as: reverb, delay, drive, and cutoff.

This is a limited time offer you should not miss!