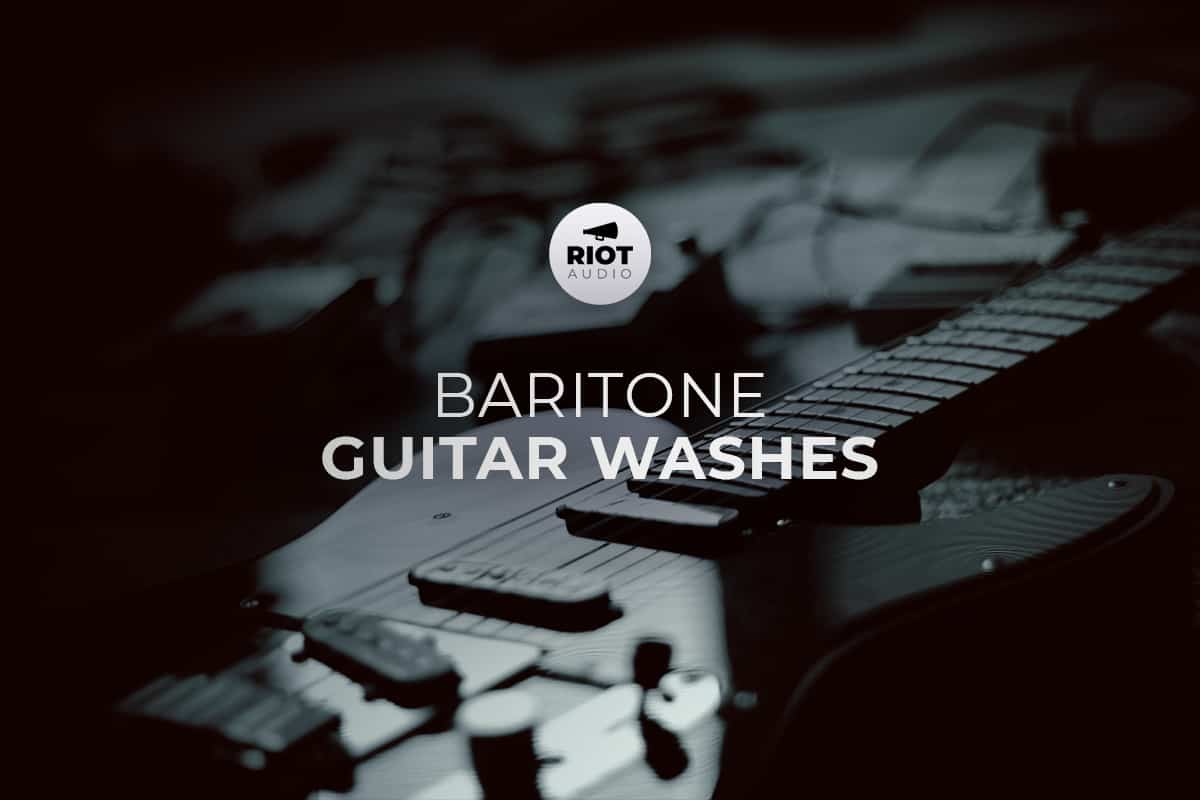 For just $25.99 (normally $84), get Riot Audio’s BARITONE GUITAR WASHES, a highly versatile Kontakt instrument based on recordings of a baritone electric guitar with an aluminum neck custom made by NUDE Guitars in collaboration with legendary dark ambient artist Eraldo Bernocchi.

BARITONE GUITAR WASHES (Affiliate Link) is based on Riot Audio’s proprietary Kontakt engine (WASHES) that incorporates three layers of sound – Body, Grit, and Air, each with a specific function and sound characteristics.

The Body layer contains the core guitar samples, in various pickup positions (Neck, Mid, Bridge) and playing styles (Harmonics, Straight, Ebow). These samples are looped/layered to create “swells” with close to infinite release times. It also includes several instances of “pre-washed” samples, swell sounds that were recorded using custom delay and reverb settings on a Kemper Profiling Amp. Sample start times, attack and release are highly customizable, allowing for anything from short, dry naturalistic pluck sounds as well as organ-like stab sounds (without the initial attack of the guitar pluck) via 10s risers that end abruptly to classic slow-attack and slow-release pad sounds.

The Grit layer serves to add a distorted, dissonant, scratchy, or bowed flavor. This can either be dialed in low in the mix for a sprinkling of darkness and texture or dialed up to be a featured element.

The Air layer contains a few different instances of moving air (a household hoover, air blown across an Irish Low Flute) for some high-frequency/breath-like sizzle. This layer can be added to produce organ-type sounds (think Hammond or Wurlitzer) and hints of a choir.

All three layers can be morphed by applying several target sounds (usual combinations of sounds from other layers). There are controls for the direction, speed, and strength of this morphing effect, allowing for maximum sound-shaping capabilities.

NOTE: Requires the full paid version of Kontakt, v5.8.1 or higher (Will not work in the free Kontakt Player)

Originally $84, BARITONE GUITAR WASHES (Affiliate Link) is now available for only $25.99 (you save $58). This is a great offer you should not miss!

84% OFF Caribbean Bundle by Image Sounds