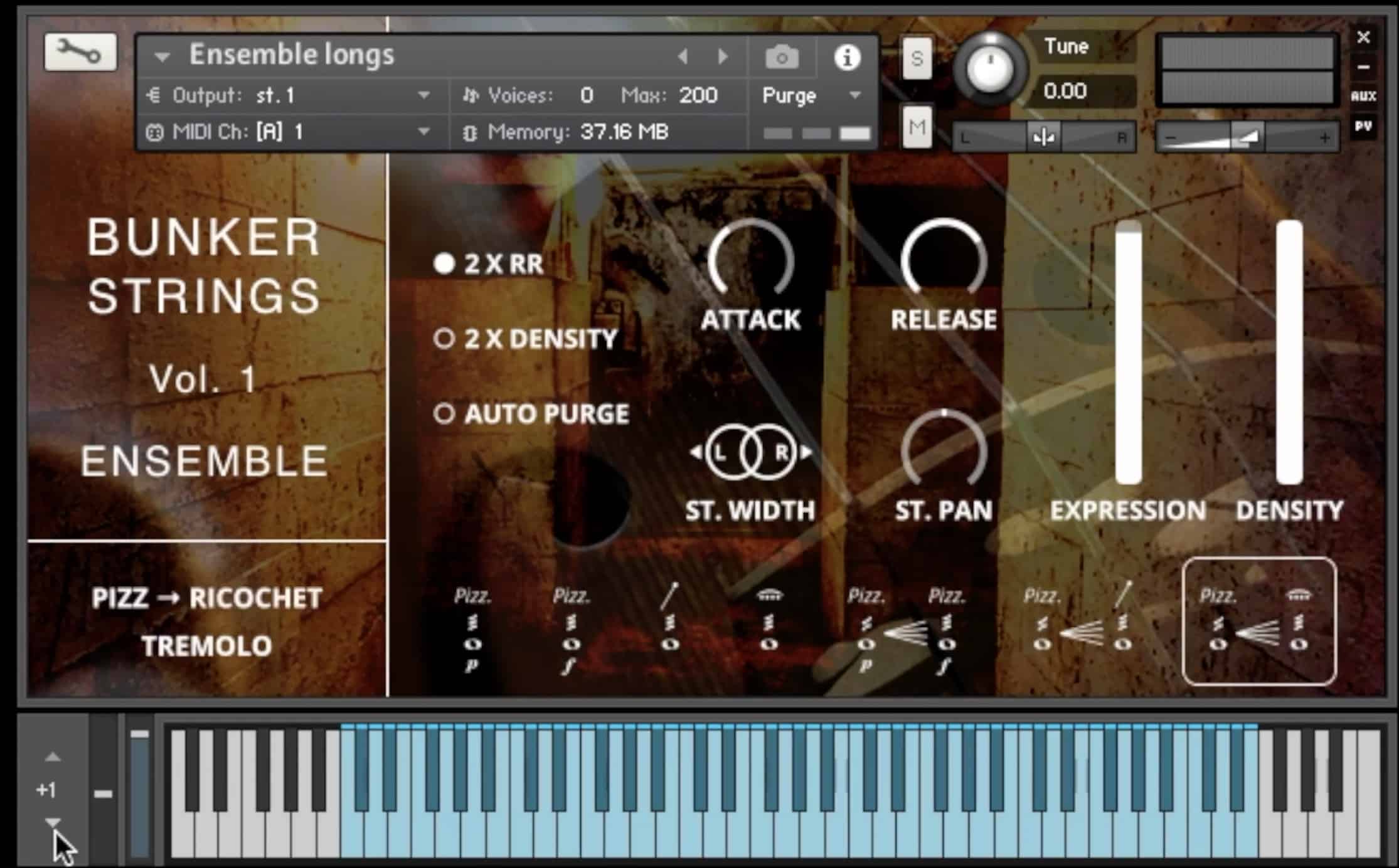 Conceived and recorded deep underground in a World War II bunker in Copenhagen, Bunker Strings Vol. 1 is a collection of eclectic, modern, and highly playable string textures and extended techniques, that will add a new sonic palette to your arsenal. Featuring violins, violas, cellos, basses, and a full ensemble patch playing innovative textural techniques such as drumstick tremolo, as well as some incredibly tight and aggressive col legno shorts, this library will inspire your creativity and add a modern edge to your string writing. It’s designed to easily blend with your existing strings sounds thanks to the excellent dry recording quality and useful sound-shaping controls directly on the interface.

The update includes new sample content (bass ricochet tremolo), a new GUI and greatly improves usability by unifying the many patches into just shorts and a longs patch per instrument. It also includes a new auto-purge function to cut down on RAM usage, and a new auto fade-out script for short articulations, which improves the realism and cuts down on voice usage. This is a free update for existing users.

Bunker Strings Vol. 1 is available now. Is is free update for existing users.