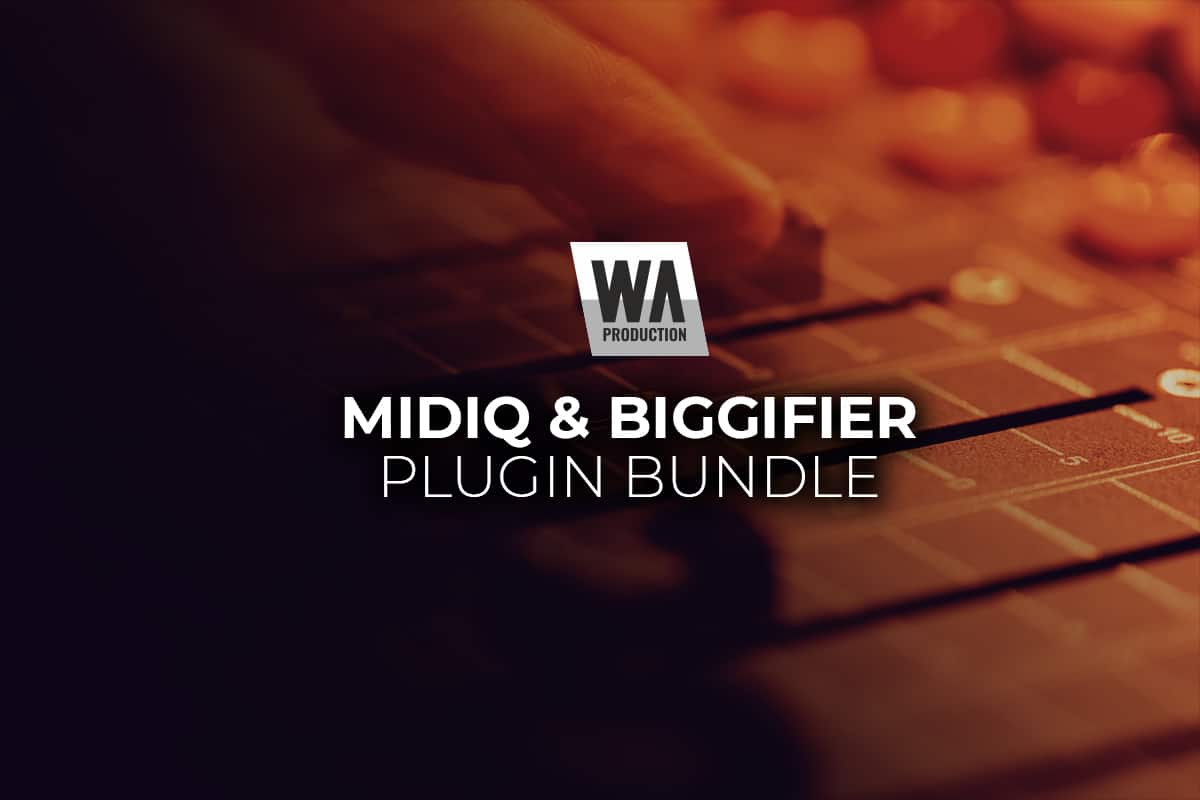 MIDIQ runs in any DAW with MIDI routing support. Place the plug-in on the generator track or use multiple instances of the plug-in assigned to different tracks (e.g. to layer the output for the creation of very unusual, highly polyphonic progressions or to generate polyrhythmic loops). Use the copy-and-paste functionality to copy parameters from one plug-in to another. Preset data is automatically saved in DAW sessions, so nothing gets lost. A simplified piano roll display shows the generated chord sequence. Chords from the piano roll can be dragged to the host sequencer.

Designed by artist, songwriter and producer Jonas Aden in conjunction with WA Production, the BIGGIFIER has been a long-time coming. Having released records on labels including Spinnin, Musical Freedom, Hexagon, Heldeep and STMPD, Jonas has also fine-tuned his production skills across a slew of stellar collaborations with Brooks, Mesto and Mike Williams and remixes for Katy Perry, Zedd, Tiesto, Jonas Blue and Rita Ora. All the while, behind the scenes, Jonas’ co-writing and production credits include industry titans Martin Garrix, Alan Walker & ASAP Rocky.

Catapult your projects to the next level with the MIDIQ + Biggifier Bundle by W.A. Production! Now only $20 (instead of $99.99) for a limited time.

BIGGIFIER by Aden is a powerful one-knob that delivers an instant and addictive shot to the metaphorical arm of any sound. Jack up that wimpy kick, beef up the faintest of vocals, and juice any flaccid sample into a BIG, fat, room-filling sound.

Originally valued at $99.99, this bundle (Affiliate Link) is now available for only $20!

Omnisphere: How to make a Cinematic Guitar Sequence