Cinematic Bundle by Dark Intervals: Guitars in Space and Patmos 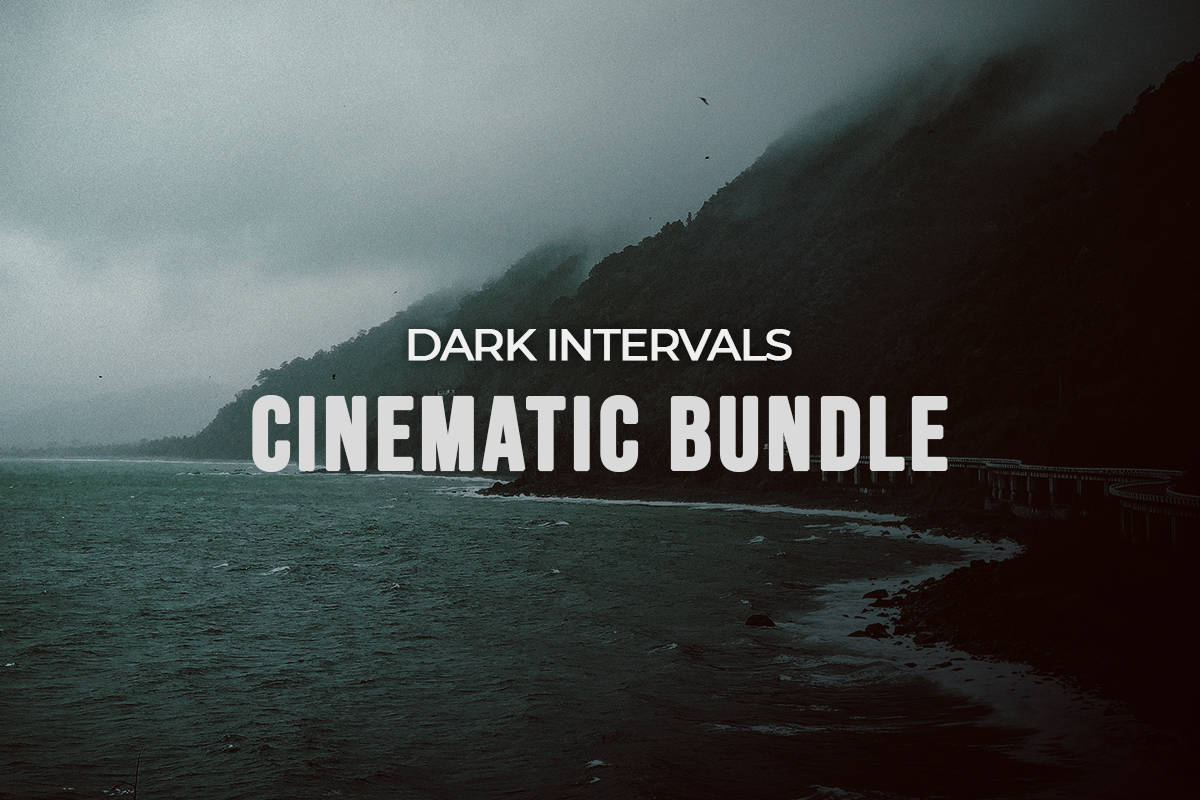 Cinematic Bundle is perfect for producers looking to add an ambient or cinematic quality to their music!

These two complementary libraries are suitable for ambient and cinematic indie sound, loaded with beautifully crafted synth pads made with analog hardware synths, and several presets derived from the electric clean guitar.

Patmos is a collection of dark, emotive cinematic guitars, perfect for adding tension and suspense to your productions. Whether you’re looking to add some atmosphere to your tracks or create entire soundscapes, Cinematic Bundle has everything you need.

Cinematic Bundle (Affiliate Link) by Dark Intervals, featuring two of their most sought-after products: Guitars in Space and Patmos! Cinematic Bundle, perfect for producers looking to add an ambient or cinematic quality to their music! Cinematic Bundle is currently at $14.99 (instead of $69), for a limited time only.

Because the packaged tools are two distinct instruments with comparable architecture, there is a very short learning curve.

These are meant for composers who want their sound to be ready for immediate composition without requiring any further modifications.

The electric guitar is a type of string instrument. A GUITARS IN SPACE is an electronic guitar sound source system. The main chords and riffs were composed by Dark Intervals on a Jazzmaster-style guitar while the extra effects were provided by a baritone fretless.

Two of the most popular genres in music today are ambient and cinematic indie. Ambient music is often characterized by its slow tempo and dreamlike qualities, while cinematic indie combines elements of film scoring with traditional indie rock. Both genres have a lot to offer listeners, and they continue to grow in popularity.

One of the things that set ambient music apart is its focus on the atmosphere. This can be achieved through the use of synthesizers, field recordings, and other sonic effects. The result is a soundscape that is often hypnotic and transportive. Listeners can find themselves transported to another world entirely when they close their eyes and let the music wash over them.

Cinematic indie, on the other hand, focuses on creating an emotionally charged sound. This is often achieved through the use of grandiose instrumentation and arrangements. The goal is to create a sound that is both epic and intimate, and that can leave listeners feeling deeply affected.

Both genres have a lot to offer listeners who are looking for something new and exciting. If you’re open to exploring something outside of the mainstream, then ambient or cinematic indie might be right for you.

​This instrument is a tool for the ambient and cinematic indie genre. With so little floor space needed and without (in our opinion) patches you will never utilize since many purchasers buy a huge sample library and just use a tiny bit of it.

This is NOT a fully sampled guitar with many various articulations.

The Kontakt instrument is called PATMOS. It features 45 instrument patches (and 30 multis).

The sounds are atmospheric, with pads, and ambient motions that are perfect for soundscapes, ambient music, trailer music, and other genres looking for lush and deep sound.​

Patmos is played on original patches created using analog hardware synths. Some were multilayered, while others were highly processed in order to get the desired effect.

Some areas are meant to be blended with an acoustic piano, while some would not.

Dark Intervals is a brand under Badstring Studio LTD. They develop boutique virtual instruments and sample packs. Since the studio and its partners own or have access to an astonishing amount of synths, guitars, ethnic instruments, lutes (etc), many of those instruments were used to create unique libraries exclusively for studio purposes. Now it is time to share some of them with the rest of the world.

For only $14.99 (instead of $69), get the Cinematic Bundle (Affiliate Link) by Dark Intervals featuring 2 of their most sought-after products: Guitars in Space and Patmos! This is a one-time-only offer you won’t want to miss out on! Hurry and get it while it’s still available!