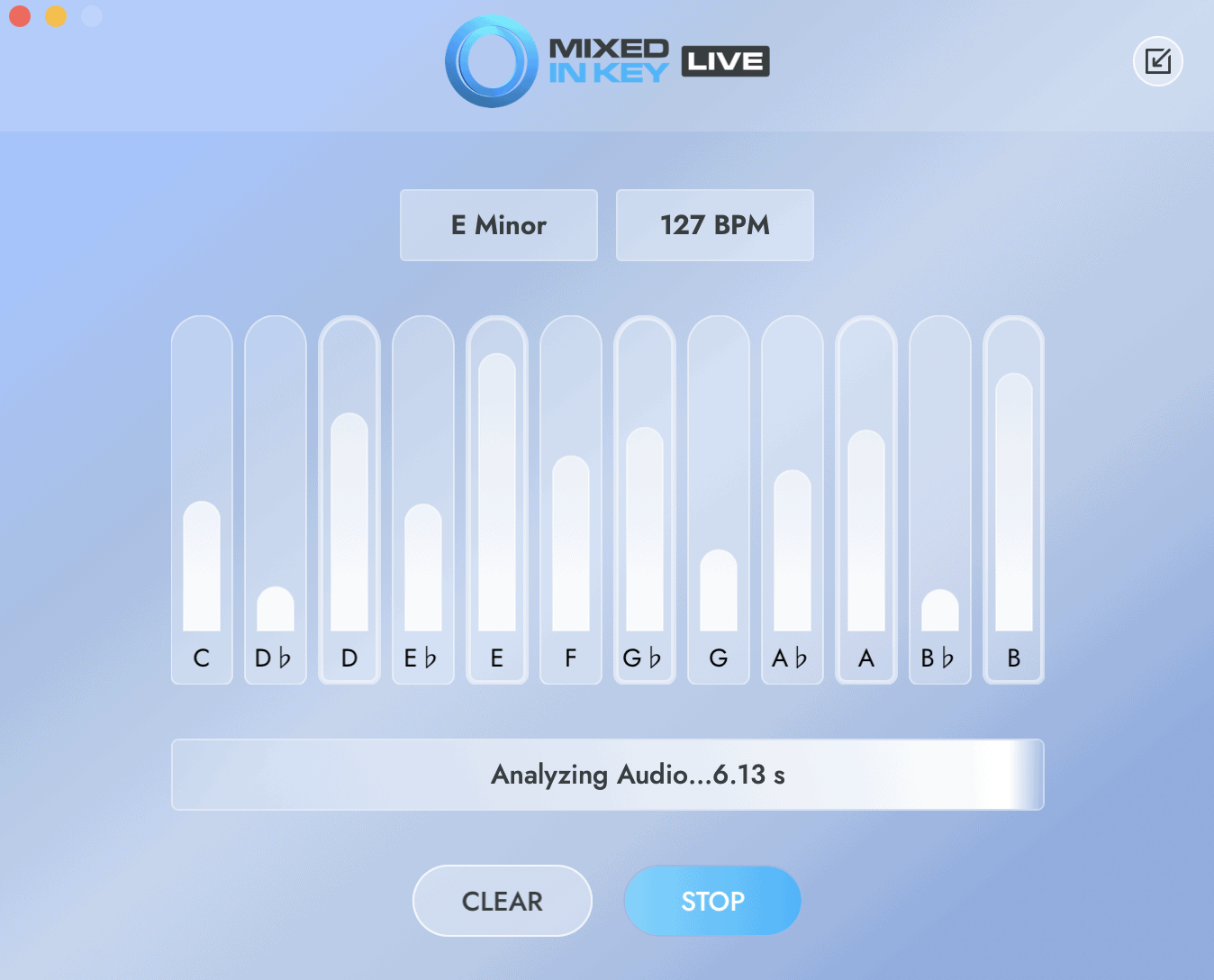 Have you ever wanted to know the key of a song, but didn’t want to listen to it? With Mixed In Key Live software, this is no longer an issue. Mixed In Key Live is a revolutionary new app that gives you the key and tempo of any song just by clicking “Listen.” This revolutionary piece of technology offers nearly perfect key tempo detection and features Mixed In Key 10’s legendary harmonic analysis algorithm.

The Mixed In Key Live software has the ability to identify and match any song’s tempo or key. Simply click “Listen” when you hear a sound clip, then follow along with it using these interactive tools!

Mixed in Key Live is the perfect tool to analyze your favorite streaming services. With this software, you can also create fresh new sounds from scratch or remix old favorites with ease!

Mixed In Key Live has been built to accurately detect the true key of any track, sample or loop and features a legendary harmonic analysis algorithm. Mixed In Key is teaming up with KSHMR, one of the world’s top producers and DJs to create Mixed in key live.

What was the vision of KSHMR?

Killer Software Engineer Syndrome (KSE)-this term refers, quite objectively to me at least since music plays such an important role in my life. As you may know by now I love electronic dance/pop genres like trance which often relies heavily upon synthesis techniques involving perfectly tuned oscillators called “synths” or simply keys (a la Skrillex). What better way than identifying these crucial tones so they can be used creatively later down the line? This is where “Mixed in Key” comes into play for my musical post.

With the graphic note visualizer, you can see and hear exactly what notes are being played at any given time. It also shows us in which key we’re playing as well as our current tempo!

Mixed In Key Live is an essential tool to help users quickly discover the key of any audio file and easily make their instrument sound like it’s coming from another planet.

What exactly is Mixed In Key?

Well, it’s basically a piece of software that analyzes the fundamental frequencies (or overtones) present within an audio file (beats, melodies, vocals etc.) and outputs them as the song’s label or key signature. This key signature can be used to play the song in a certain tonality so as to avoid dissonance and leave no room for error or errors.

How does it work?

Well, you simply drag your audio file into MIXED IN KEY’s interface and let the program analyze all of those frequency layers (or overtones) that create your song. You can then save the analyzed file to an external hard drive or USB by simply hitting “Save” and re-importing it back into MIXED IN KEY at will later down the line if need be!

One of the most innovative music production apps on mobile devices, Mixed In Key Live is like having your own toolkit for making any type or style of track. Users can select from an extensive library and learn how to play each note with ease thanks to this amazing app!

How do I choose the right key for a song?

When you’re playing a song on your piano, it can be difficult to tell which key is going with which note. The most efficient way to determine the correct key is by matching middle C on your piano keyboard to ”’C”’ in the song sheet music. Think of this as a ‘’mid-point’’ note from your right-hand side keys and left-hand side keys. If you play any of the white or black notes from either side in a ‘Pinky-Outer Edge’ direction.

Find the song’s lowest and highest notes to determine if they are within your vocal range. If they don’t, count the number of semitones you’ll need to shift up or down so that the song is within your range. This will take you to the best key.

What is the easiest key to sing in?

Between middle C and the D key are the most common keys for both men and women to sing.

Why is the key of C easy to sing in?

The notes between A and B are typically quite high for a male voice and straining can quickly result if they are pushed too hard. This range is often considered more comfortable for singers with female voices though some males possess the higher vocal ranges.

What is the hardest key to sing in?

The keys of F#, G, and B are considered difficult for both men and women to sing in due to the increased pressure needed on the vocal chords. The A above middle C can also be very tricky for inexperienced singers.

What key is best for songwriting?

The most common keys are the easiest keys to sing in. For this reason, these keys are also often used for songwriting as the song will be easier to listen to for the majority of people.

All of your favorite songs and samples in one place!

Mixed In Key Live enables musicians, DJs, music producers to find out what key they’re playing at any given moment. It’s like having a virtual piano right there next to you while making adjustments on real instruments around it – without ever leaving the house or even getting off your couch; we know how much some people hate going outdoors these days…

The new Mixed In Key Live uses a more accurate, Swiss algorithm to help you find the right key for any song. This is done with an improved British and American data science model that hasn’t been seen before in other programs like it!

Detect the Key of Vinyl Records

Vinyl collectors will be pleased to learn that they can use Mixed In Key Live, a new software program for detecting the key of their vinyl records when sending audio from a record player or sound card out onto speakers connected through computer monitors.

The moment you place the needle on a record, Mixed In Key Live will immediately tell which key it’s in.

Mixed In Key Live allows users to analyze the key of songs from a wide range of audio file formats, including .wav, .mpa and many more.

Any of the following file formats can be imported and analyzed in Mixed In Key Live.

You’re in for a real treat when you use Mixed In Key Live because its compact design will make your workflow easier than ever. The macOS menu bar is accessible by clicking on an icon that appears next to all major software like Pro Tools or Ableton Link – if they don’t already have one themselves!

It’s really handy not to have the Mixed In Key Live window take up all your desktop real estate. With just one click of a button, you can keep it open while streaming sites or audio files are being used and easily see what key is needed for each song!

Mixed in key live gives you the notes, bpm, and keys of any audio playing on your Mac. It is like having a personal DJ, with the ability to instantly identify and learn anything you need.

Mixed In Key Live is available for purchase now for $58 USD.