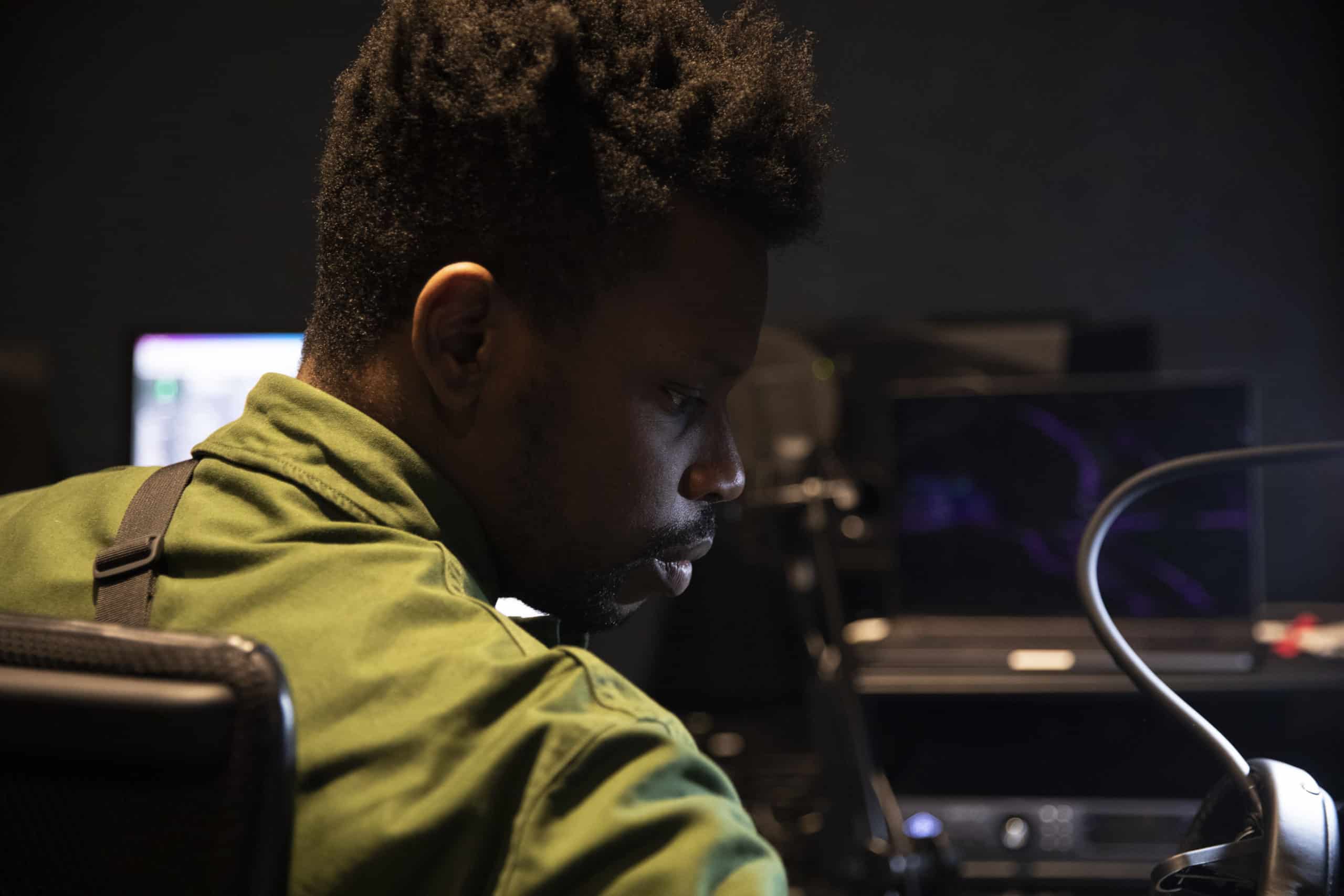 You’ve been trying to find a soundscape that captures the warring scales of London’s industrial basslines and the future-forward energy of SPITFIRE AUDIO. You’re also striving for something that is difficult to put into words, but you’ll know it when you hear it – GAIKA War Island achieves your goals. SPITFIRE AUDIO and GAIKA have collaborated to produce an expansive series of sounds that can be described as the beating heart of London’s industrial underground.

GAIKA is a South London-based producer and songwriter who defies categorization, with his sound fusing influences from techno, grime, UK garage, dancehall, and afrobeat. SPITFIRE AUDIO is the world’s leading purveyors of virtual instruments, with cutting-edge samples that have been used in countless hits records over the last decade. He’s an experimental rapper, producer, writer, visual and performance artist.

London-based producer and composer GAIKA has teamed up with SPITFIRE AUDIO to create “War Island,” an industrial soundscape masterpiece. This expansive sonic landscape is filled with harsh bassy synth drones, tape-processed drums, pads, leads, and warped vocal effects. The sounds are complex and multidimensional and offer a unique listening experience.

War Island is an essential addition to any producer’s arsenal and is sure to find its way into countless hits records.

The sounds captured in War Island are unique and complex. They offer a unique listening experience that cannot be found elsewhere. SPITFIRE AUDIO’s dynamic plug-in makes these complex sounds accessible while maintaining GAIKA’s sophisticated processing techniques. This combination allows producers to create sounds that are unmatched in complexity and uniqueness.

These massive, complex sounds have been meticulously handpicked, deconstructed, and reconstructed from a variety of analog synths, hardware, and experimental processing methods by GAIKA and sound designer/producer Felix Lee.

The library comprises of eight controls, including a crucial dynamic fader that takes you from the processed sound’s reverberant quality to the immediate direct impact of the original recording, providing significant creative control.

Every sample was re-recorded in a vast acoustic space at Somerset House, London, and played back through a colossal sound system to generate width and depth around each sound and create a new huge and thrilling perspective.

This extensive toolkit, which is inspired by sounds GAIKA heard as a child in South London, captures the industrial intensity of his distinctive sonic universe.

The British underground has long served as a creative outlet for London natives who wish to express their feelings through sound and visuals. Although this inspiration may appear bleak on the surface, it is brightened considerably by its underlying sense of sorrow, dread, and urgency that run deep beneath the surface. Nabil outlined how “Reflecting On The State Of The World” is shifting our perception of what art can be and how we perceive it. SPITFIRE AUDIO and GAIKA have been working together to create a new plug-in that captures this sense of urgency while also making it accessible and intuitive for producers.

This Expansive Sonic Landscape Is Filled with Dark and Brooding Sounds

GAIKA War Island is a unique collection of multidimensional, evolving sounds from the beating heart of London’s industrial underground. It comes in the form of 42 presets organized into six parts: Pads — five moody, metallic, and heavy darkwave synth drones constructed from a variety of contemporary and classic analog and virtual analog synths.

iThe first thing you’ll notice about this soundscape is how diverse the instruments are. The variety of sounds might be overwhelming at first, but it only adds to the intrigue. This strange world of synthesizer-generated music differs from your typical modern synthwave in several ways.

It’s worth noting that the dynamics slider adjusts an already-processed signal, curated by GAIKA himself, which ranges from the processed signal’s reverberant quality all the way through to the original recording’s immediate direct impact for significant creative control.

Every sample was played back through a huge sound system at Somerset House Studios — an experimental workplace in the heart of London that links artists, makers, and thinkers with audiences – before being re-recorded to provide space and depth around each sound, providing a new vast and cinematic perspective.

What You Need to Know About Reverb for Guitar