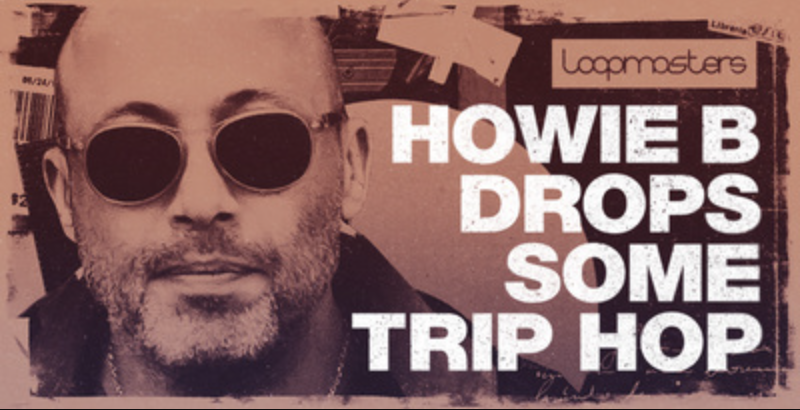 Howie B, one of the most legendary producers and curators in music history, has just released his first-ever Loopcloud pack. This pack revisits some of his most vital work in developing the sound of hugely influential artists such as Massive Attack and Goldie. If you’re a fan of trip-hop, you don’t want to miss this!

Howie B has been a major force in the music world for over four decades, producing albums for some of the biggest names in the business including U2 and Bjork. He has also DJed across the globe and created original music for high-profile brands such as Hugo Boss, Range Rover, and Maserati.

Clearly, there is no escaping Howie B’s reach! His unique blend of sounds and styles has earned him a huge fan base who appreciate his ability to easily cross genres and borders. Whether he is spinning tracks in a club or creating an ad campaign for a luxury car, Howie B always brings the heat and gets people moving. There is simply no one like him!

As any fan of nineties electronic music knows, Howie B played a vital role in developing the sound of artists like Massive Attack and Goldie.

Now, with his first-ever Loopcloud pack, he revisits that sound with a collection of noises, samples, and loops that are guaranteed to add a touch of class to your project. Rooted in the spirit of nineties Soundsystem culture, but always sounding futuristic and forward-thinking, ‘Howie B Drops Some Trip Hop’ invites you to take the lead from its upfront title and infuse your project with Howie’s distinctive sonics.

Whether you’re looking for an amen break or a bit of jungle flavor, this pack has everything you need to put your own spin on the sound of trip-hop. So don’t sleep on it, grab ‘Howie B Drops Some Trip Hop’ today and take your music to the next level.

Howie B’s latest loop pack, “Howie B Drops Some Trip Hop,” is a return to his roots. The pack was produced in collaboration with renowned bass player Tristan Bres and versatile drummer Toma.

The resulting pack is layered with different flavors, from moody electronic bass to upbeat keys, mixing brass, wooden percussion, shakers, and triangle. The result is a fun and funky sound that’s perfect for any party. And with so many different instruments playing off of each other, it’s easy to get lost in the music.

Whether you’re dancing or just enjoying the sounds, the mix is sure to please. So go ahead and blast it at your next get-together – your friends will thank you for it.

The result is a varied collection that captures the playful and broad-ranging aesthetics of one of the world’s most renowned producers, overflowing with ideas for any Loopcloud user.