What Is a Film Score Composer? 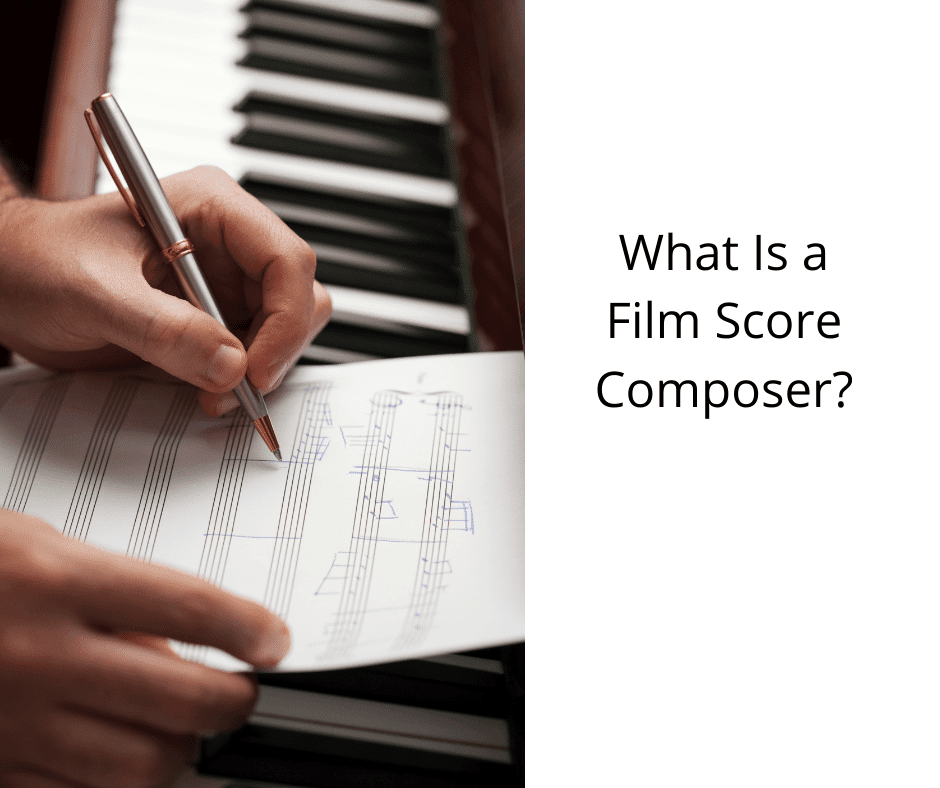 If you have ever dreamed of working on a film, then a career in film scoring may be for you. But first, you need to know what the job entails. As a film score composer, your job will be to create the music for the film. In this article, we will talk about the basics of the job, from reading and writing music to work with the production team. We will also talk about the re-recording restriction clause.

As a film score composer, you need to know and understand the basics of music theory. Even if you’re not interested in studying classical music, knowing it is necessary to compose film music. This knowledge helps write film music and understand how music works. It will still benefit you even if you don’t plan to pursue a film-scoring career.

To make it in the film score industry, you must develop an entrepreneurial mindset. In addition to having a creative mind, you must be able to focus on solutions. You must be determined to keep at it, despite ups and downs. This is a non-negotiable skill. In addition, you should always be committed to learning. Moreover, developing your ear is essential so you can hear better.

As a film score composer, you need to be familiar with synthesis. This is a highbrow concept that involves the idea of merging the visual and the audio. You may have seen the classic Bugs Bunny slipping on a banana peel, and this time the slide whistle is heard. You will associate that sound and the image. As a result, the music you compose should reinforce the visuals.

The art of reading and writing film score music involves composing melodic material that evokes the mood of a particular film. Composers often sketch out themes for individual characters and events, using an approach known as the leitmotif. This method is rooted in the operatic writings of Richard Wagner. The Ring Cycle is an epic five-part opera over 15 hours long and took Wagner 26 years to write.

Composers must also keep in mind that they work for a director and must respect his/her decisions. Some directors have a lot of latitudes while others are very strict and have definite preferences. Composers should try to familiarize themselves with the director’s vision as possible. By following their lead and learning the language of their director, they can use it to their advantage in future projects. Once they’ve developed a common language, they can begin to experiment with the style of their chosen music.

Composers must learn the specific needs of the director before writing the film score. Composers must understand the mood, style, and instruments required for the film. They must also learn the genres of music they need to write for each film. A director will also give them a general idea of what the director wants. Once he/she has a good idea of what type of music is required, they can begin to write.

Composers work closely with other key creative individuals, such as the film director and producer. During this time, they may spend weeks in an “audio suite” writing film music. This way, they can hear what the film sounds like as they’re being edited. For example, they may play soft piano notes over the dialogue during the night or play brass instruments during the outside scene. A film score can have thousands of variations, with different styles and instruments.

Working with Other Members of The Production Team

Composers often work with other production team members to create the score. They orchestrate their music and work with other people to create the film’s overall tone and rhythm. Composers must complete all their tasks within the production’s schedule. A good film composer will spend considerable time developing the raw material, such as the film’s dialogue and images.

A film score composer usually spends months researching the movie’s subject matter and then composing the music. Composers might read books or articles on film, for example, Hans Zimmer studied the Fibonacci sequence before composing the music for The Da Vinci Code. They may also immerse themselves in specific genres of music, such as the music of African movies. A famous composer, Ludwig Goransson, spent a month traveling to Africa to study the music of that continent.

After spotting the film, composers will develop the music by working closely with the director and producers. They will often listen to the movie several times and analyze the music used to create specific scenes. They may also use sophisticated music composition software to create MIDI mockups of their score. But the process is never easy. It is important to understand how composers work and how their work fits into the larger picture.

A film score composer will also often write a separate score for the trailer of a movie. The score for a film trailer may not contain any themes from the film. A film score composer’s primary task is to work with the movie’s director, as the director ultimately is responsible for the artistic product displayed on the screen. However, this hierarchy is easily subverted by influential producers who want to control everything, including the music.

Re-recording restriction clause for film scores: This clause states that a film score composer may not re-record the same piece of music for another film. However, in some cases, this clause is optional, and the filmmaker can request alterations in the score within a specific timeframe after the composer delivers the finished product. Similarly, if a film producer rejects the music, the composer will be entitled to receive a kill fee.

The length of the Contract Period is tied to the date the recording is delivered to the record company. The Contract Period can last up to two years, but should contain a long-stop cut-off. In some cases, the record company may require further undertakings or warranties. It is essential to evaluate these clauses before signing a contract carefully. Remember that recording restriction clauses will often require artists to sign additional warranties and undertakings.

If you have a passion for music, you could consider a career in film scoring. The film industry is booming, with new reality shows, documentaries, and adverts requiring fresh music. You could also consider a job as a music writer specializing in film score. You do not have to compose for Hollywood hit movies, though, and you can make a good living writing music for the movies of your choice.

If you are a talented film composer, a bachelor’s degree will give you a distinct advantage over other applicants. Most universities offer graduate-level courses in film composition, but many undergraduate programs are also available. Film composition programs typically consist of a broad range of subjects, including music theory, film history, and liberal arts. Alternatively, you may choose to attend a music conservatory, where you’ll focus on creating music.

Getting a film score composer job is challenging but not impossible. You’ll need to master a range of musical instruments, instrumentation, and music history and culture. In addition, you’ll need to be willing to practice ensembles and film/TV/video game music. You’ll need to stay up on recording and editing software to get the best results. The more experienced you are, the better your career prospects will be.

Online message boards are a good place to start as a film score composer. You can get in touch with directors, producers, and other people interested in film music. You can use the message boards and online forums to network and build relationships with them. Joining such forums will help you get the word out about your work. You can also attend conferences and network with fellow film music composers. This will provide you with invaluable opportunities and help you get better exposure in the industry.

How to Make Money on Instagram As a Producer

Irony in Film – Running Counter to the Action