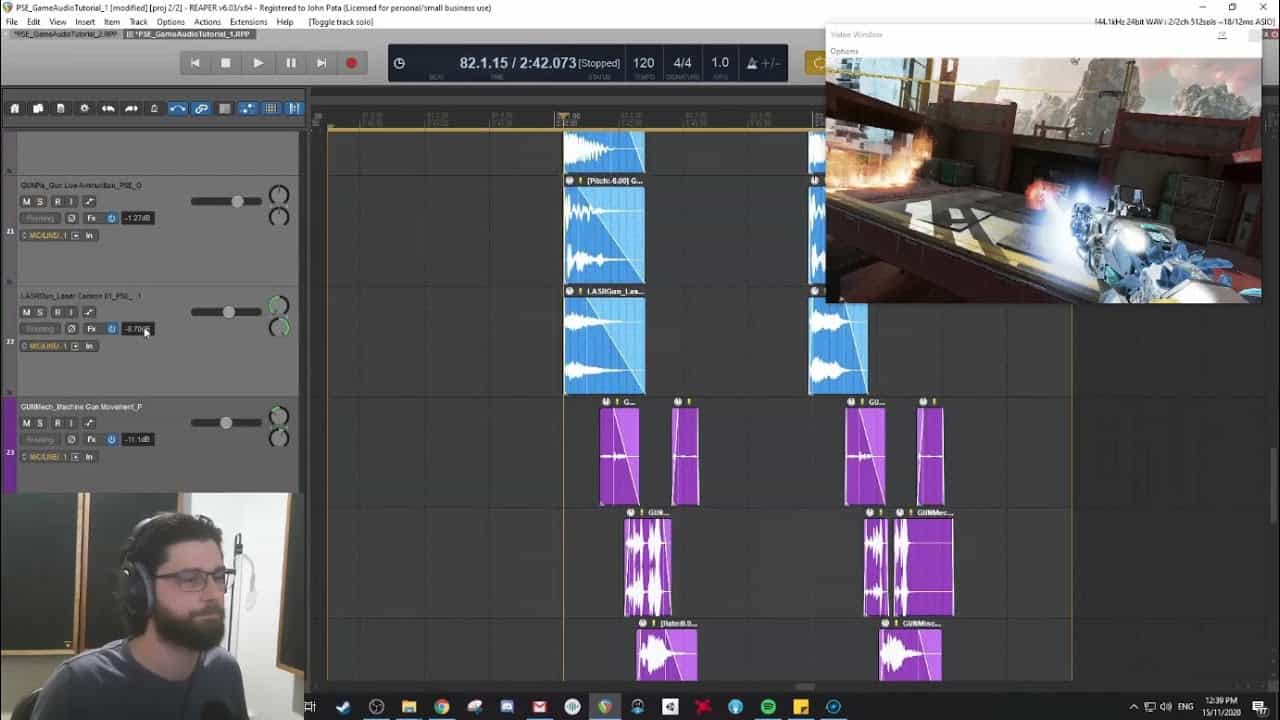 Game sound design can be an art form that takes time and effort to perfect. If you’re interested in getting into this exciting field, there are several principles you should follow. These principles are universal, and you can apply them to any genre or platform. In general, you should keep elements to a minimum and strip away any layers that are not necessary. You shouldn’t reveal any underlying state machines to the player.

Good sound design is an integral part of any good game experience. It’s a challenge to create sounds that fit a game’s setting, but it also means making sure they don’t distract players or take up too much memory space on their devices. Sound designers must be able to work closely with other team members and make sure that the final product fits within both the context of the game and within the limitations imposed by its genre.”

A Good Sound Makes All the Difference

A good sound in a game can make all the difference between immersing a player in the experience and leaving them feeling disconnected. A great example is The Witcher 3: Wild Hunt, which, according to Polygon, “has one of the most immersive and atmospheric scores I’ve ever heard.”

It’s not just about music; it’s also about sound effects. Sound effects are often the most important part of a game because they allow players to react instantly and intuitively. For instance, if you hear footsteps behind you while playing Resident Evil 2 (one of my favorite games), you know something bad is going to happen soon. It wouldn’t be nearly as frightening if there were no sound effects at all!

If a sound is going to be used repeatedly, especially if it’s a sound that’s going to engage players emotionally, you will want to keep the audio file as small as possible without sacrificing quality.

In the same way that you wouldn’t want to use a small sound file in place of a large one, you also don’t want to use a large file if you are going to be using it multiple times. A good rule of thumb is that if a sound is going to be used repeatedly, especially if it’s a sound that’s going to engage players emotionally, you will want to keep the audio file as small as possible without sacrificing quality. If your game has 10 different emotional moments and each one uses an ambient music track made up of 20 instruments at different pitches and volumes, then your overall file size would be too large for your intended purpose. On the other hand, if all of these moments only call upon 4 instruments at once and they’re only played once or twice during gameplay (as opposed to continuously), then this is perfectly fine!

One of the big challenges for sound designers is creating compelling sounds using only synthesized audio.

One of the big challenges for sound designers is creating compelling sounds using only synthesized audio. Synthesized audio is an electronic approximation of a sound that has been recorded in real-time or sampled from another source. The most common type of synthesized audio is called MIDI (Musical Instrument Digital Interface). MIDI records notes and other performance information, which can then be played back through a device that creates a sound based on those parameters. While this type of music creation can be very powerful, it doesn’t allow for much variation in how the music sounds unless you change its programming.

To understand these differences better, let’s take a look at some examples:

It’s very important to stay true to the style of game that you’re working with. With some games you have very limited freedom in terms of what you can use for sounds.

It’s very important to stay true to the style of game that you’re working with. With some games you have very limited freedom in terms of what you can use for sounds, so it’s best to get familiar with the game’s style and tone before you start designing sounds. It may be tempting at first to make everything sound as realistic as possible, but this is rarely going to work in your favor—you’ll end up confusing players and making them feel like they’re playing an entirely different game than what was intended by the developers.

It’s also important for sound designers not only think about how their designs will fit into gameplay but also how they will fit into each other; when designing a full soundtrack (or even just one track), it helps if there are transitions between songs or even within certain parts of songs themselves so that the transition isn’t jarring or surprising for players who have gotten used to hearing certain types of audio over others during gameplay sessions

Game developers should always try to include sound designers as early in the development process as possible.”

A soundscape is the ambient noises and music that make up a game, and it’s vital to creating a cohesive experience. As a game designer, you can’t just throw in any old noise—you need to ensure that everything works together. That’s where sound designers come in.

Sound designers are the people who create audio elements for games, which they then pass on to audio engineers (see below) so they can be implemented into the game. Sound designers work with both the developers and other departments within their studio to create sounds that fit within each scene or level of play, as well as the overall tone of the game itself. They can also help with implementing new features into existing stories or characters once those have been designed by other departments like art or programming.”

Good game sound design means creating high-quality audio files that take up minimal memory and fit within the context of the game.

Sound design is an important part of the game development process. It’s not just about adding music and sound effects, it’s also about creating an audio landscape that enhances gameplay, helps to tell the story, and immerses players in the world. But there are some limitations on what you can do with sound design.

The first limitation is memory. As most people know by now, there are limits to how much memory games can use on any given platform—as well as how much space they take up on your hard drive or console’s internal storage device (or whatever). So while you might want to make a game with 20 hours of unique original music composed by Skrillex himself, that probably isn’t going to happen unless you’re willing—and able—to pay millions for it first!

This may seem like a big limitation when designing sounds for your game but there are ways around this issue too: You don’t need full length versions of songs for every track either; short loops will work fine most times so long as their quality is good enough so that players won’t notice any dropouts during gameplay sessions.

As a game sound designer, you’ve probably realized that working with programmers is a key component of the process. This collaboration is crucial to ensuring that you understand their needs and how best to implement your audio content. In addition, you must set your aesthetic for your audio work, one that fits the art style and gameplay of the game.

This phase involves creative conversations, sourcing and integrating reference materials, and working with the audio engine to ensure that the final sound is seamless and functional. During this process, the sound designer will also balance individual sounds and adjust the volume and gain levels in the game. Moreover, he or she should also maintain good time management skills.

You can learn to use game audio creatively, manipulate it, and use it to achieve dramatic experiences. Moreover, you can gain a deeper understanding of the game audio industry, including key terms and recent industry trends. Furthermore, you will also learn to evaluate your game’s sound in terms of quality, aesthetics, and narrative.

Collaboration is an essential aspect of game sound design. It allows for a clear definition of a game’s content, storyline, emotions, and gameplay. This goes far beyond simple changes in volume levels, and should be part of the long, collaborative process. Game developers must take care to avoid conflicts during the mix.

Game sound designers must be collaborative, communicative, and deadline-oriented. They should have a passion for video games and should be able to work well with other artists. The process starts with a script, and ends with recording voice tracks. The collaborative work process should produce results consistent with the game’s art style and gameplay.

Collaboration is crucial to a game’s success, but identifying valuable collaborators can be challenging. Ideally, the primary stakeholders will be concerned with the whole product, and their involvement should be obvious in the final mix. This process will help ensure a better game experience for everyone. And it will also provide a chance to showcase the skills of diverse teams.

In addition to networking within your team, you can also participate in conferences and meetups to learn more about the industry. Many game studios prefer to hire from within the company, so there are many opportunities to learn from each other. It also helps to learn the audio middleware used by game developers. In addition to learning how to mix audio, you should also learn how to write music and edit audio for games.

The video game industry is overgrowing and collaboration is essential. The collaborative process helps students learn the skills necessary to succeed in this industry. The first project included SFA students, including Caleb Guevara of Houston, Daniel Cooper of Hilton, New York, and Travis Wattigney of Fort Worth. The goal was to provide students with real-world experience and position them at the forefront of the industry. The project was a huge success.

I hope this post has given you some ideas on how to improve your game sound design. If there are any other tips that have worked for you, please let us know.