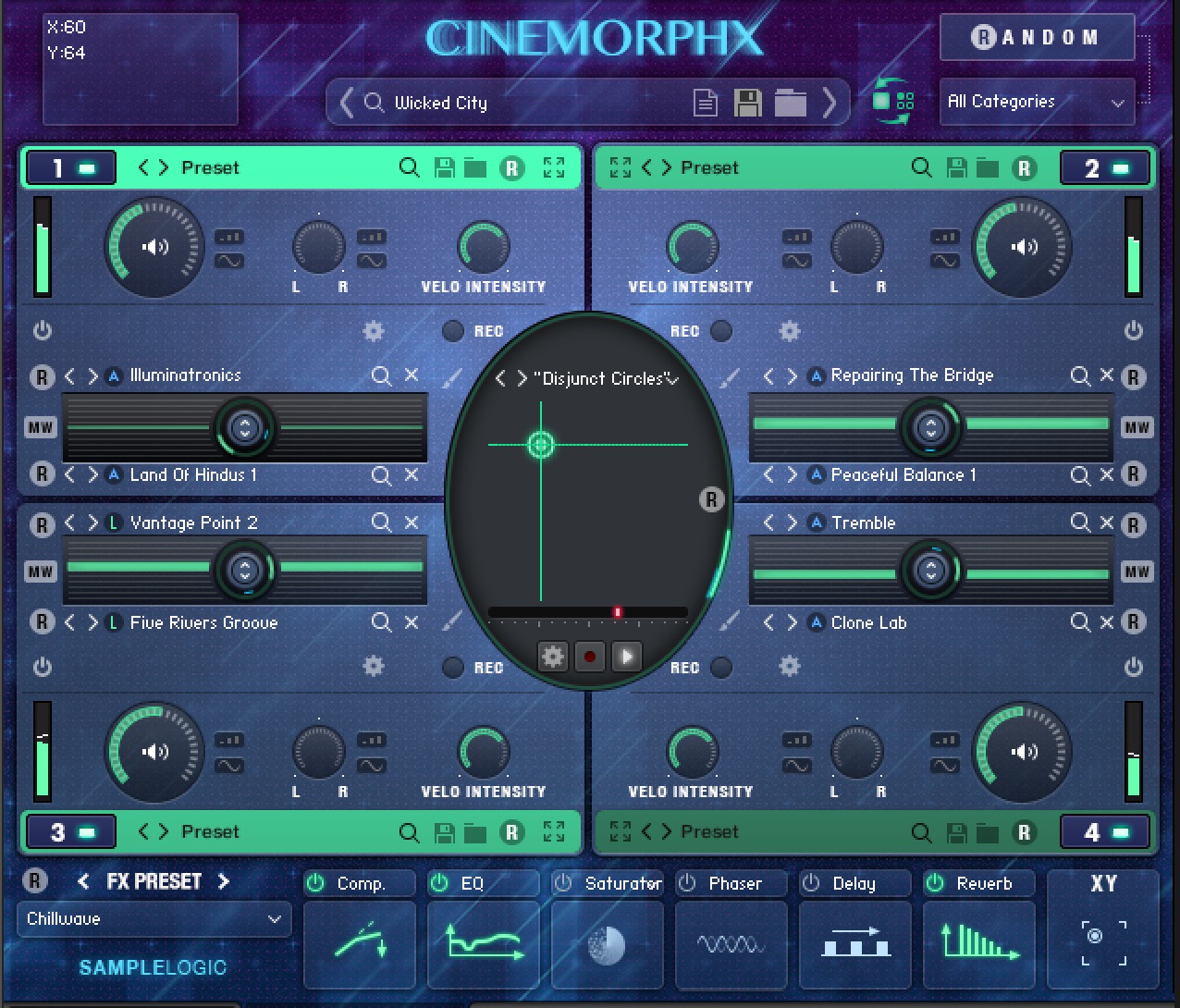 CINEMORPHX (affiliate link) is layering sounds and dynamically manipulate them in an avant-garde way. It is a very usable collection of waving, growing pads, huge impactful drums, and loops.

You download the library with the Connect by Continuata. The library requires Kontakt 5 Player or Kontakt Full Version 5.5 or higher, you need 30 GB free disk space.

Continuously sustained soundscapes that are static or full of organic motion

At its core CINEMORPHX is based on four sound engines, allowing concurrent playback of up to eight sound sources. Sample Logic did release several libraries which differ by the theme and genre it addresses. With these libraries, you have a large variety of possible sounds on hand. With a single key pressed to create a complete score with swirling, morphing forms, slowly musical loops, and dynamic sequences.

CINEMORPHX Multi-Core Instrument can include up to four sound cores, each with a fully individually controlled- everything is stimulating and continually vibrating. All sound sources and sound-sets are on a very high level.

CINEMORPHX (affiliate link)  has a  random function, which can apply randomization to each section of the instrument. You can select each section by enabling the randomization effect with the little “R” buttons distributed throughout the interface.

The instrument browser embedded in  CINEMORPHX enables you to pick the needed patches that use a single core and those that use multiple cores.

CINEMORPHX (affiliate link)  is a large collection of ready to use the sound that can be made unique with the included features. It is one of the main libraries for composers that produce to picture and TV & games.

There is a special campaign running right now in May 2018: Remeber to use the time-limited discount code CINE75 when purchasing CINEMORPHX (affiliate link).