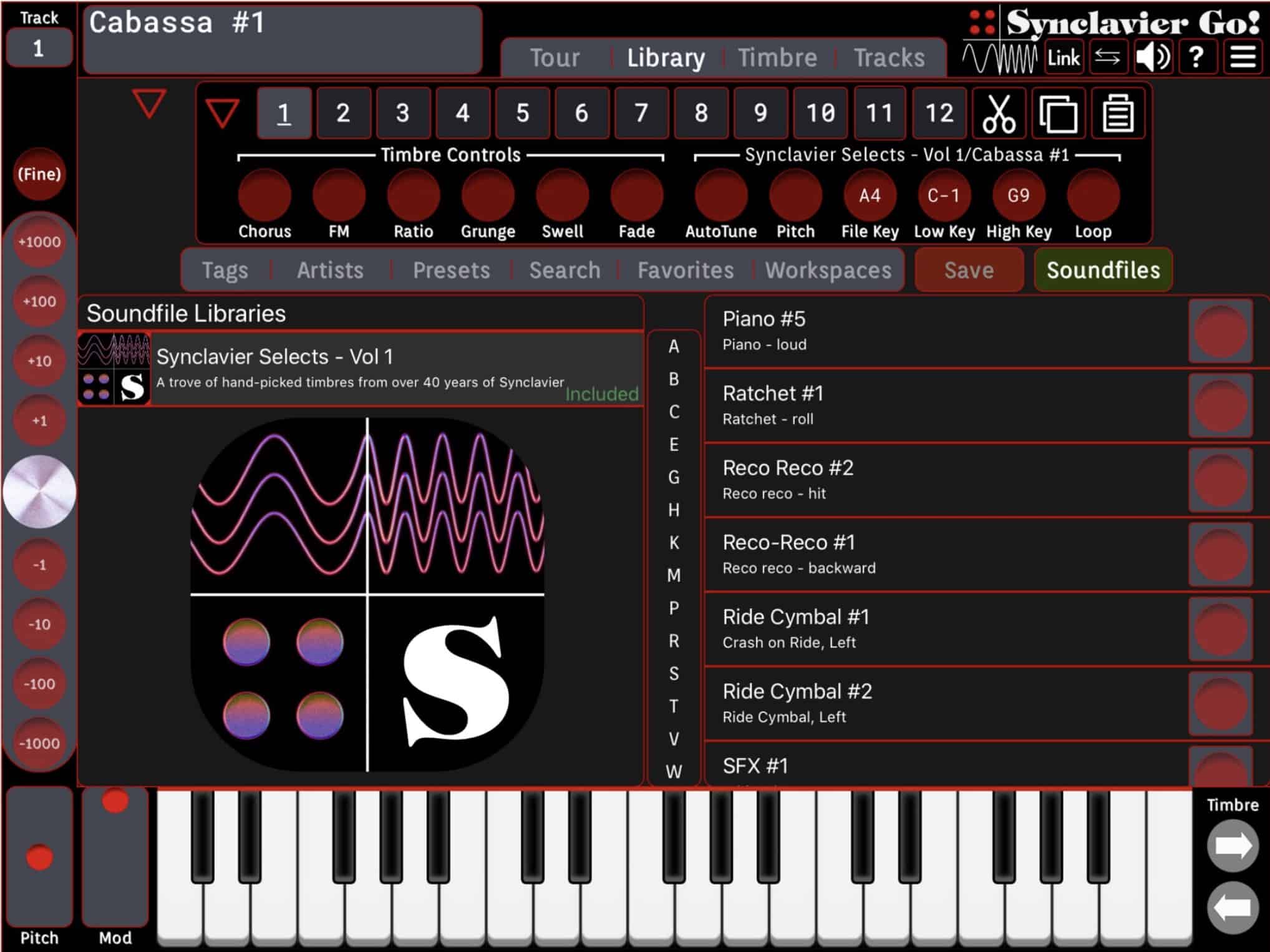 Synclavier Go!’s interface is necessarily deep with a steep learning curve by association. And yet once climbed it is highly rewarding. Readily going against the grain of today’s loop-based soundalikes, skilled operators of Synclavier Go! can creatively manipulate existing Timbre presets to quickly create new ones. On that very note, samples — Soundfiles in original ‘Synclavier-speak’ — can now be mixed into a Timbre to add richness and excitement to any sound.

Version 1.30 of Synclavier Go! is available for free to existing owners, otherwise, it can be purchased and directly downloaded from the App Store priced at $19.99 USD (Tier 20) from here.