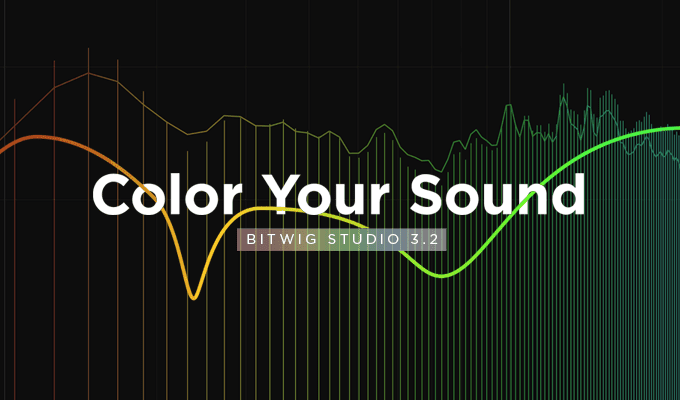 Bitwig Studio 3.2 is available and adds many features giving you better control and sculpting possibilities for your sounds.

New are Evolving Sounds, this package includes presets that change in different ways. Some are soundscapes, which twist and grow over time. Others are sequences, giving rhythmic force to the sound. And some do a bit of shuffling, cycling various sources or effects to create a mélange of sound. Download “Evolving Sounds and Sequences” from the Bitwig Studio Package Manager today, find the range of each preset with its friendly Remote Controls, and instantly turn a few common notes into a wave of textures, just as subtle or glaring as you like.

The easiest way to update is to launch your Bitwig and look to the top right corner for the update instructions.