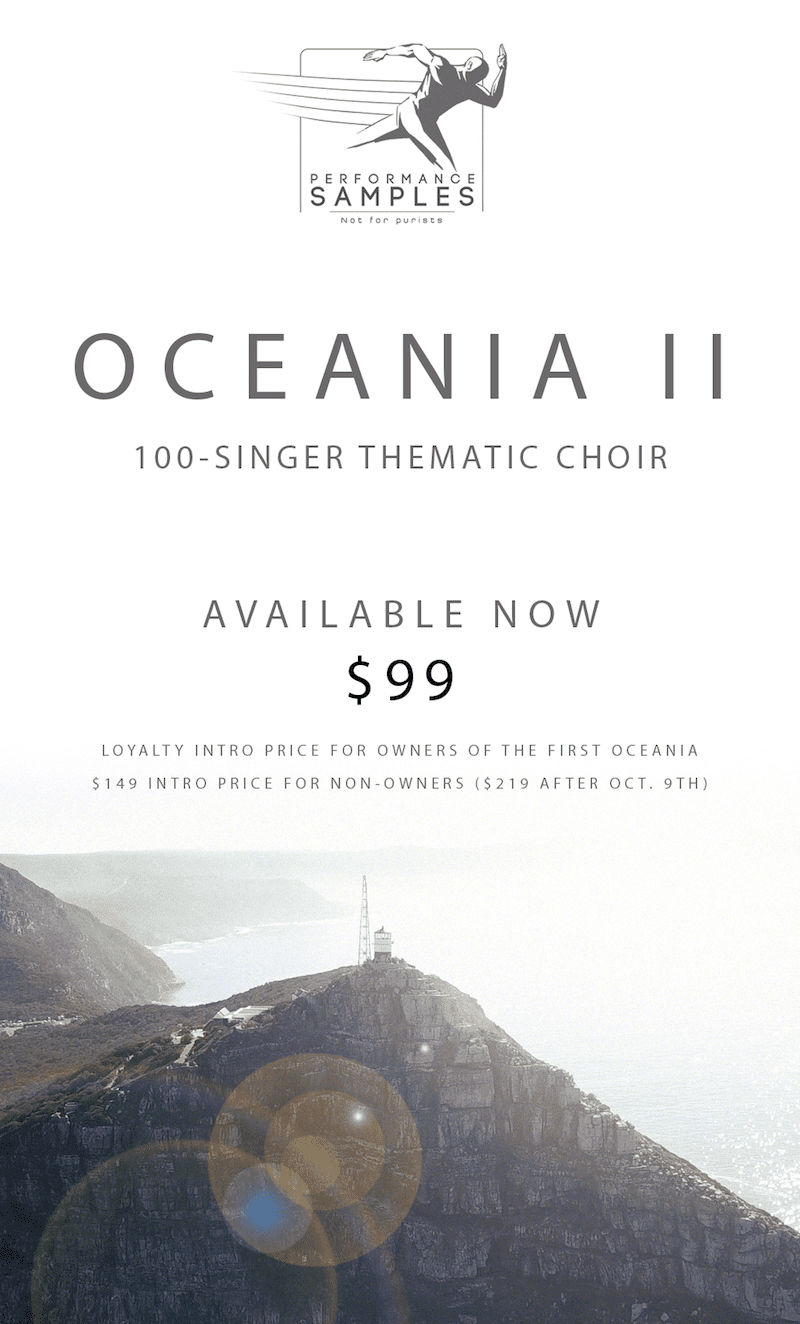 Oceania II is a choir built for thematic writing and improves upon original Oceania (See our Oceania by Performance Samples Review) with twice the ensemble size, more syllables, and two speeds of releases (the faster of which helps for fast phrases). The library was created using phrases chopped out of connected performances (for many assets, including the releases), resulting in patches that provide spontaneity, energy and syllable cohesion. Multiple speeds of releases in combination with intricate programming methods allow flexibility with phrase length and faster phrases.

INTRO LOYALTY PRICE: $99 (if you own the original Oceania, use this code at the end of the checkout process [before confirmation], applicable & valid only within the intro period: oc2loyaltydiscount)

Pigments Video Tutorial – How To Create A Rhythmic Synth