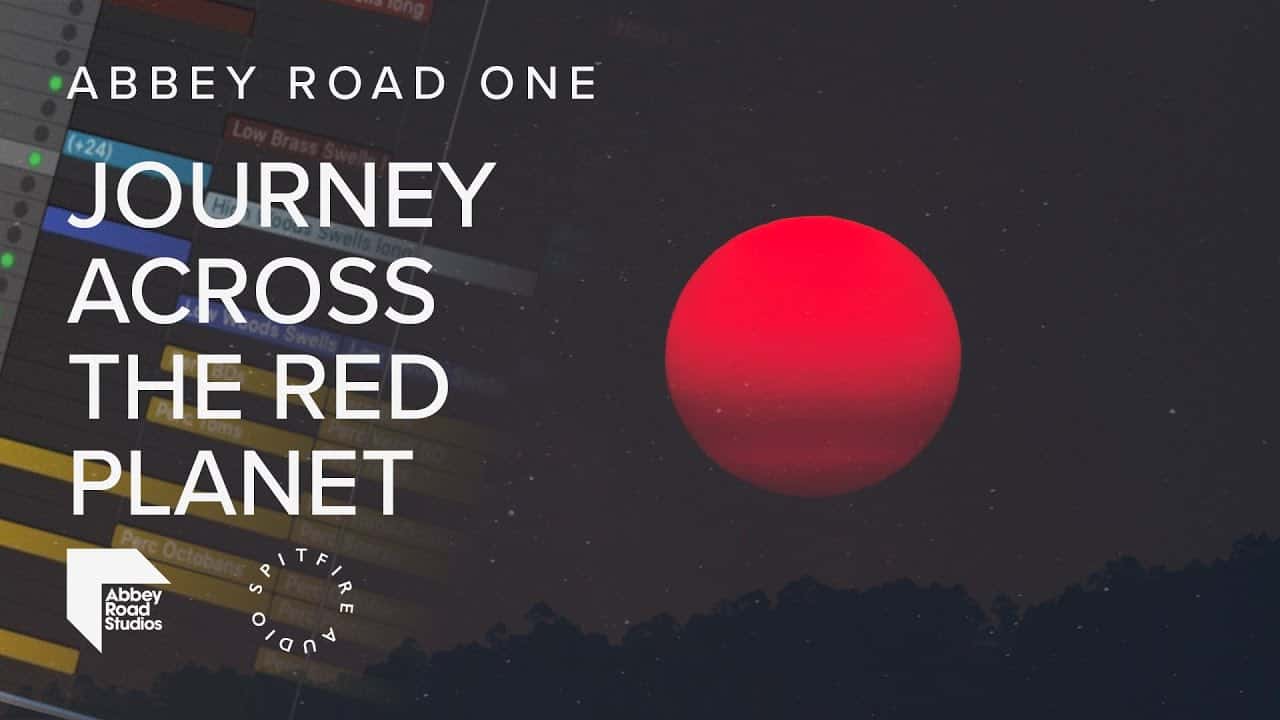 See and hear ABBEY ROAD ONE: ORCHESTRAL FOUNDATIONS in action in Paul Thomson’s thrilling ‘Journey Across The Red Planet’.

Since Spitfire Audio has been hard at work writing its own chapter into recording history as a British music technology company that specialises in sounds — sample libraries, virtual instruments, and other useful software devices, duly collaborating with the best composers, artists, and engineers in the world to build musical tools that sound great and are exciting to use, ultimately working with Abbey Road Studios was written in the stars, surely.

So Studio One is where Spitfire Audio’s announced a partnership with Abbey Road Studios solidified into what is seeing the light of day as ABBEY ROAD ONE: ORCHESTRAL FOUNDATIONS first. For Christian Henson and his own company colleagues and the team at Abbey Road Studios, this release musically marks the beginning of something special. “This is a massive creative partnership — so much so that we’re developing a number of new ranges, the first of which is called ABBEY ROAD ONE: FILM SCORING SELECTIONS,” says Christian Henson. “The first product within this range, captured in this iconic space, is ABBEY ROAD ONE: ORCHESTRAL FOUNDATIONS, which is, as it describes, the foundation — the starting point — of this journey that we’re going to take everyone on.”