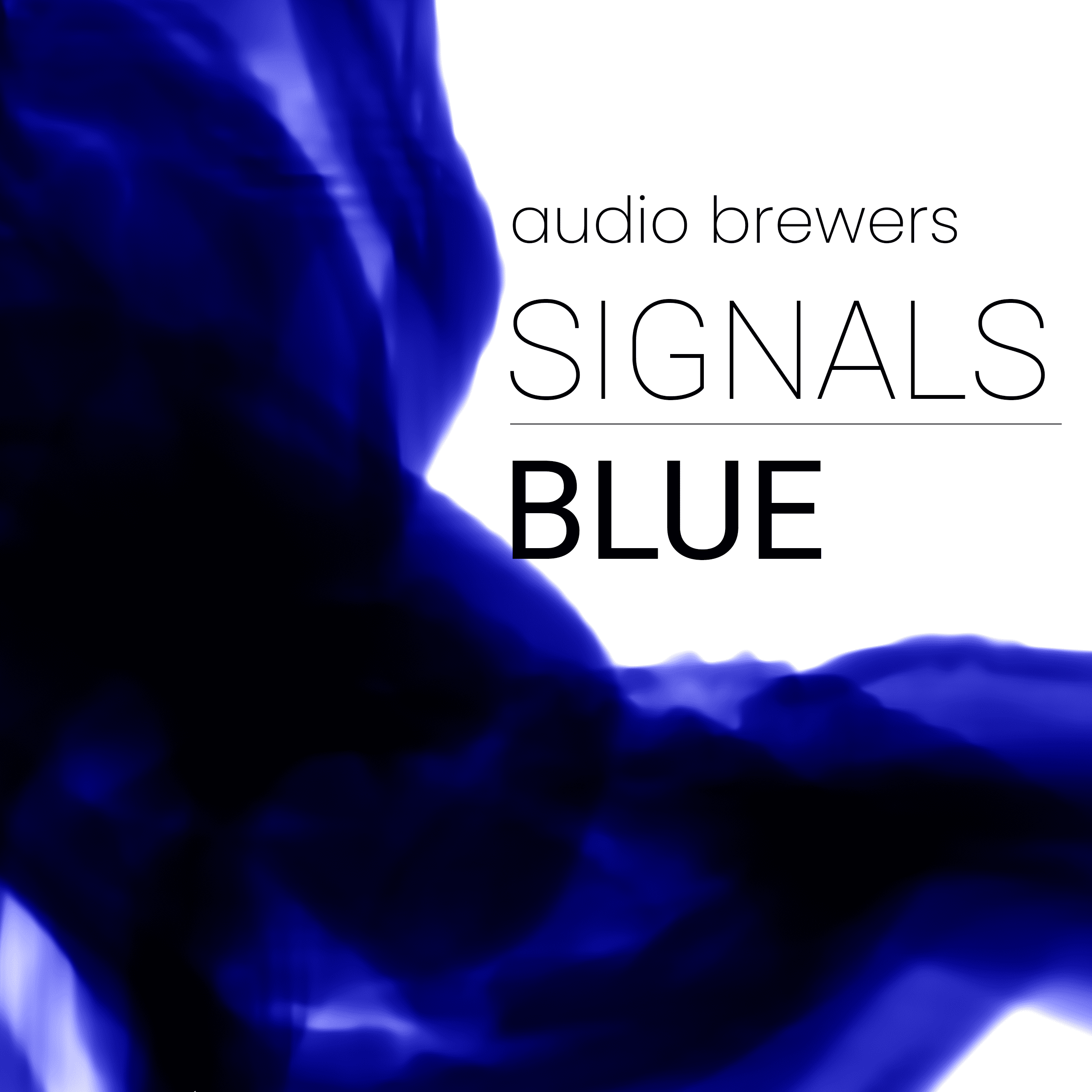 After countless months of research, development, and art, the Audio Brewers team is proud to announce Signals ‘Blue’. Signals ‘Blue’ is the latest tool to design custom pulses and textures that can conform to any key, be major or minor, and from there, to a plethora of chords with multiple voicings. This way, the resulting texture not only fuels your music with an ambiance, but this ambiance is coherent to the chord progressions as you move through your music.

Unlike other textural libraries in which samples are ready with baked effects or pulses, Audio Brewers decided to create raw textural samples so that YOU would be in control of the results thanks to Audio Brewers’ robust and versatile engine. By having these textures in raw, you will decide how they combine, how they pulse, how they modulate, and which effects are applied – a complete textural Swiss-army knife.

Audio Brewers’ innovative recording and mixing methods accouche a sound library natively compatible with multi-speaker arrays. This means that no matter your speaker setup, you can dynamically adapt the sound to it and results will always translate with utmost quality. Be it Binaural (headphones), Stereo, Surround, Atmos, Ambix for VR, custom arrays, and even exporting to multiple channel-configurations at once, your mix will always be natural and real.

Ambisonics Version is compatible with DAWs that support multi-channel tracks. This library include a Stereo version at no extra cost!

Find your way with Ambisonics

Ambisonics is a spherical surround format developed in the UK in the 1970s. Unlike stereo and other recording formats, the microphones don’t carry speaker signals, but a representation of a three-dimensional sound field. This allows artists to think of sound as source directions rather than speaker positions, allowing them to easily decode the signal to any speaker-array configuration used for playback.

Audio Brewers are helping you to set up your DAW to empower you to use Ambisonics Sounds. Just follow the link below by selecting your DAW.

Audio Brewers’ method to sound also has a benefit to those who prefer to stick to Stereo. Thanks to Audio Brewers’ recording and mixing techniques, where Audio Brewers respect the microphone positions not only in a left to right fashion, but on a three-dimensional space, the resulting mix is a faithful representation of how sound behaves as it travels to your ears. Instead of having mic positions that layer on top of others, Audio Brewers offer multiple mixes that combine seamlessly with each other in total sonic harmony.

Stereo Version is compatible with every DAW available in the market.

But that’s not all! Because Audio Brewer’s philosophy is to create sample libraries in Ambisonics so that they can be compatible with any speaker-array, Audio Brewers saw the sampling phase as a new challenge and instead of using plugins with reverbs or virtual halls, Audio Brewers partnered with ‘Dust Bowl Cinematic’ and spent a great deal of time to research and develop an acoustic art installation that would reshape sounds in a custom three-dimensional sphere, they called it Pandora.

Pandora has helped to push Audio Brewers’ sampling methods to a new level, and thanks to it, Audio Brewers been able to offer Digitally Processed samples in an organic Ambisonics environment – everything that Audio Brewers captured and mixed was the natural replica of the real acoustic morph.

Audio Brewers is a sample library developer pioneer in creating products in native Ambisonics. From the recording stage to mixing and delivering, they work exclusively to make sure you have sonically rich content with the utmost fidelity and realism. The company was born as a way to offer new alternatives to musicians, composers, sound designers, and producers to expand the boundaries of their creativity.

Audio Brewers’ libraries offer artists a new perspective in crafting and delivering their art – thanks to the nature of Ambisonics, any composition or sound design project has a spherical property native to the sound itself. This allows creators not only to craft music and sound using new ways to hear in three-dimensional spaces but also helps them deliver their compositions in any speaker array configuration.

From traditional stereo up to multi-channel surround formats, including the newest technologies like Atmos, Binaural, VR or even custom multi-speaker installations, anything is possible.

For artists who have settled with a specific workflow but still want to use our pristine-quality products in their projects, all our Ambisonics libraries also come mixed in stereo. No matter your methods, our samples will adapt to your needs.