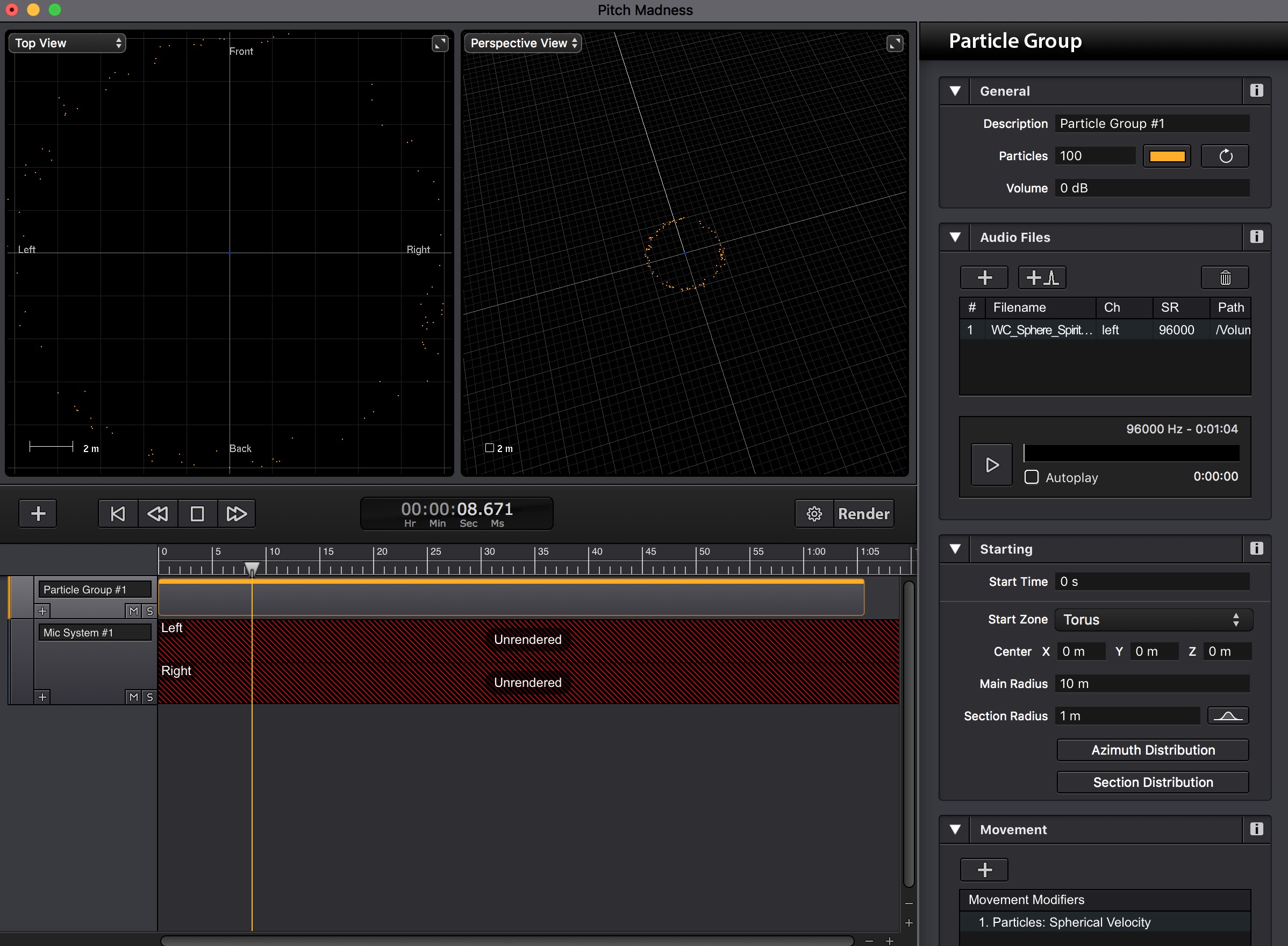 Skywalker, Warner Bros, Universal, Technicolor, Sony, Fox, Formosa, Pinewood, Park Road Post, and others are using it or looking into using the tool. The list of movies where Sound Particles was used is already impressive.

Video Games as Assassin’s Creed: Origins (2017) and TV shows like Lost in Space have been enhancing the sound experience with this tool.

Overall the tool is accepted and used already in big productions around the world.

Nuno loves Cinema and everything regarding Sound, Image and Technology. He is a Portuguese college professor, with a Ph.D. on computer audio, and the creator of “Sound Particles” software (concept, code, design, etc.). After noticing that the most exciting VFX shots used particle systems, a CGI technique created initially been by LucasFilms for a StarTrek movie (yes, not Star Wars), he decided to create a particle system software but for audio applications. Nuno Fonseca did send a review copy with no strings attached.

Currently, this tool is available for MAC only, a windows version is planned for the 2.0 Release – Release 2 is planned to Q3 2018. As a standalone application, you do not run it in a DAW. There is development ongoing to release Sound Particles to AAX plug-in architecture (ProTools), first as a Native AAX plug-in (CPU) and later as a DSP plug-in. Other plug-in support may follow.

To describe this tool, you can imagine a battlefield where thousands of sounds are happening and hitting the talent in a scene. All those sound around you need to be placed. Sound Particles is doing this (and more) by creating particles around you; those particles can be moved and change in position. You would then assign sound effects (audio files) to that particles and render based on rule how the particles move a soundscape.

Sound Particles generates believable sound setup which you cannot create when it comes to massive scenes with thousands of possible sounds (think 500 soldiers, 100 Tanks, 50 stationary devices, 10 Planes)  need to be placed in a scene (in surround) to suck the audience into the movie.

IMAX support is planned to be added with Version 2; today Sound Particles supports mono or stereo, to 5.1 and Dolby Atmos 9.1 (bed), Auro 11.1/13.1, NHK 22.2, or  Ambisonics (including High-Order Ambisonics(HOA) up to 6th order). You can create custom speaker setups to cover the rest.

For good old music, scoring to picture you find some excellent tools and presets to create a pad and underscore that have moved. A great generator to produce a 10 minutes bed that is musical. This is my secret tool to create long pads that are moving and interesting.

The sound is essential and looks to most of us complicated VR, VR is supported and benefits significantly from this tool to manage and sculpt the sound.

Sound Particle version 2.0 is in development; when you would obtain the tool now you get a free upgrade to version 2.0 (April 2018)

You need to learn the UI first and then you can generate convincing soundscapes with ease for your next professional project. To have worked with particles in a 3D world application like Maxon Cinema 4D, Autodesk Maya/3DS, SideFX Houdini FX or Blender will help you to understand the concept of particles. I would recommend to fresh up your skills on particles to have the necessary understanding.

The support of GPU would benefit the program render times, like GPU accelerate the rending in tools like Maxon Cinema4D dramatically. If you like myself come from a 3D program background you did see the huge performance boost when rendering a GPU can provide, I did use particle systems in Cinema4D that thanks to the GOU run instead of crawl. Let’s hope GPU support will be made available in the future.

Sound Particles is a must have if you work as a professional sound designer in the movie, TV and game industries. This tool makes it so ridiculously easy to position sound around the audience and is unmatched in this industry. The heavy use in many current TV Shows and Movies talk about the value it provides.

With Sound Particles, I produce immersive soundscapes that would have been challenging without this tool. The support of industry-leading Immersive Sound Systems and the upcoming addition of new ones in Version 2 shows the value of this tool and the commitment of the developer.

Review of INFUNDIBULUM#1 a Polyrhythms Arpeggiator Machine by Sound Dust