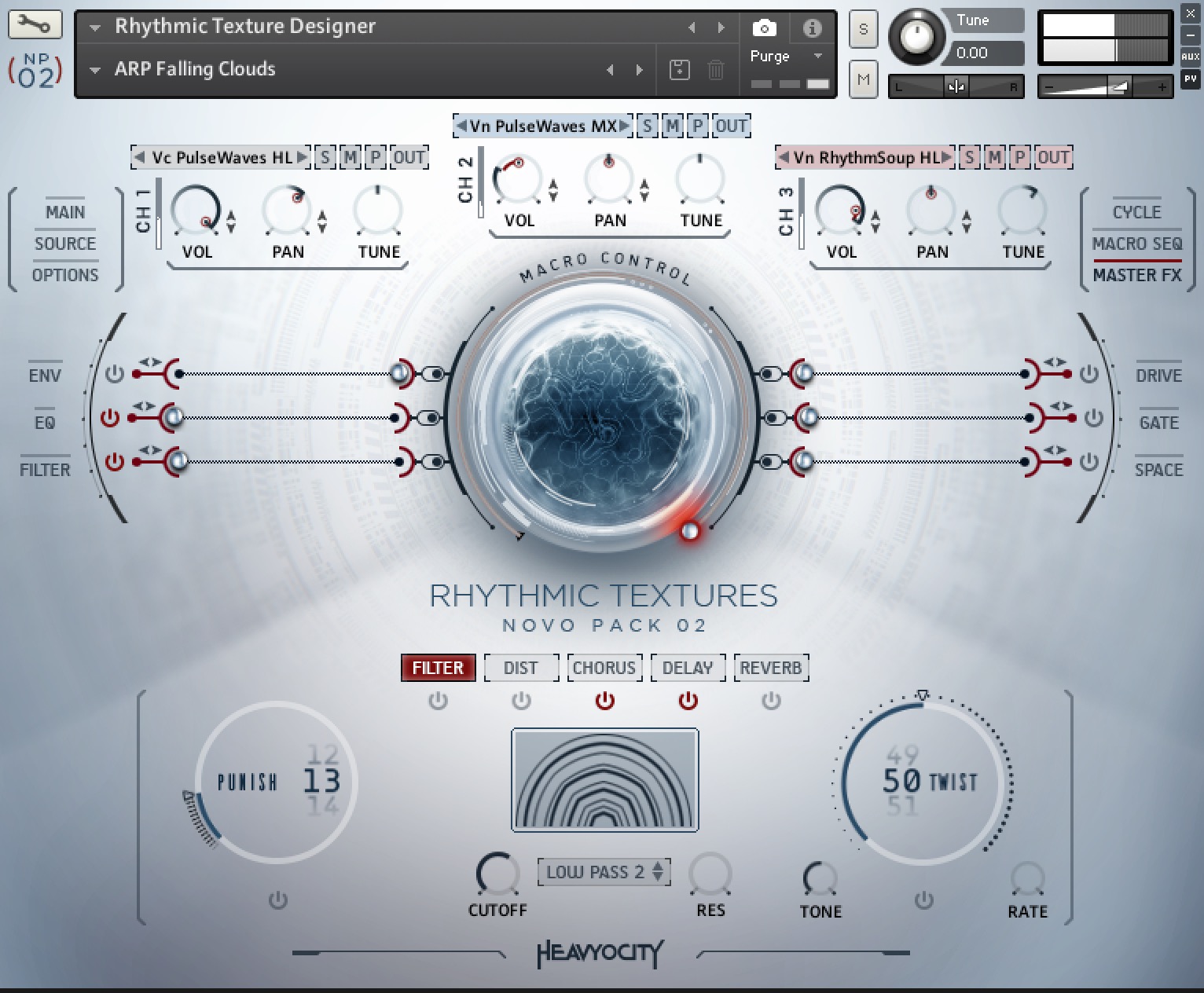 You may ask yourself “Who is Heavyocity?” Heavyocity Media develops award-winning Virtual Instruments for the modern composer and sound designer. The instruments don’t contain the typical sounds that form the foundation of most composers’ setups. Heavyocity philosophy is simple: Provide cutting edge, inspiring instruments and sounds that supercharge creativity, formatting them in ways that enhance productivity. One of the main goals of Heavyocity is to provide those perfect “go-to” signature elements quickly and effectively. Heavyocity did send a review copy with no strings attached.

You download the library with the help of Connect, the download is installed 17.2 GB uncompressed (12 GB on Disk with NI lossless compression). Kontakt 5 (Player) ver 5.6.8 or later is required. The library is Komplete Kontrol integrated (NKS-ready). Don’t forget to do a bath re-save in Kontakt to reach shortest load times.

Rhythmic Textures includes strings that are moving, expressive, this new release is different from the Intimate Textures Novo Pack 1 (see our Review here)

It was recorded in Reservoir Studios, NY by Engineer Satoshi Noguchi, performed in three and four-person violin, viola, and cello ensembles. Mixed by Ari Winters, Neil Goldberg, and Dave Fraser.

Like the other NOVO products, this is not a traditional string library. It is an addition to your main string instruments. Traditional string libraries focus on realistic performance and a natural sound sometimes recorded in special locations. Heavyocity with Rhythmic Texture Designer focuses on sound design and sonic creativity. I spend the most time in the Rhythmic Texture Designer amazed on what I could create in this module.

The used NOVO engine comes with additional sound-shaping features that are also key to the other NOVO releases and has made the whole series such a success. The UI was designed by Alex Zhukov, Dave Fraser, and Ari Winters.  Overall the ease of use factor of the library is generated through one of the many included tools and settings in a usable UI.

NOVO PACK 02 – Rhythmic Textures and the other NOVO release are a great starting point when you work on your next cinematic score. Rhythmic Textures is perfect for composing to picture, games, and television and could be easily one of your best investments you make.