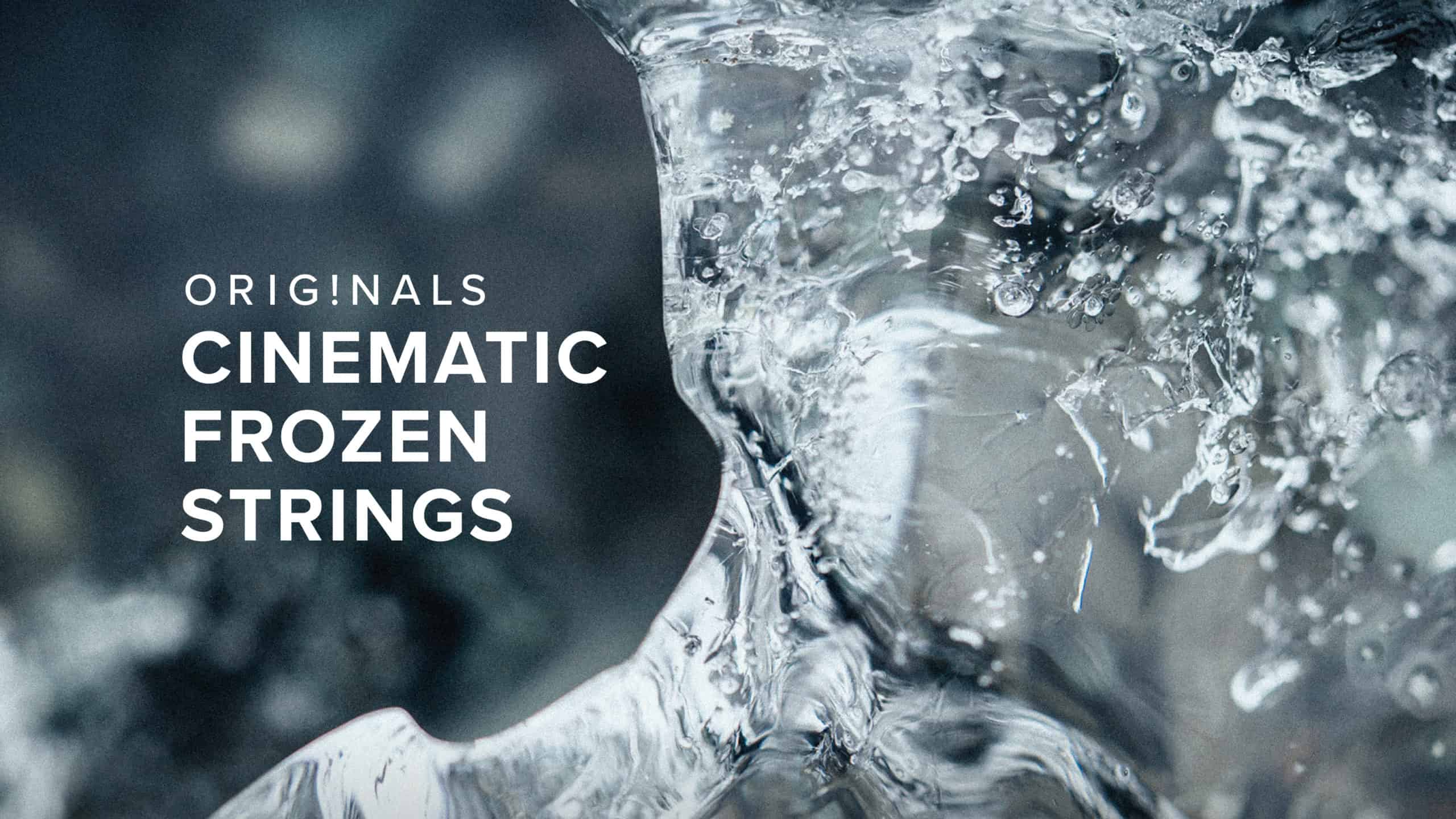 Winter blues will be vanquished with a sampled smorgasbord of low-level musical magic inspired by the icy atmospheric tones of the sound-specializing British music technology company’s ALBION TUNDRA, this may be the finest strings library for delicate backdrops in some of my solo pian or piano-centric pieces, potentially. The small number of players might provide greater freedom when it comes to chord voicings, according to the article.

ORIGINALS CINEMATIC FROZEN STRINGS is a collection of next-level detail and definition, courtesy of a bespoke Super Close signal recorded using clip-on microphones on the bridge of each instrument involved. It serves up next-layer depth and clarity through a unique Super Close signal. I’m a huge fan of the close mic recordings.

Captured in a 2.2.0.2 arrangement, the eight players demonstrate a variety of innovative strategies at ORIGINALS CINEMATIC FROZEN STRINGS.

Cinematic Frozen Strings is a musical technique that began when Ólafur Arnalds (Olafur) was scoring The distinctive percussion accents, though on some level it’s a logical extension of the idea, are recorded in AIR Lyndhurst, and the sound quality is AIR style excellent.

What Style Is Olafur Arnalds?

In 2009, Ólafur started an experimental techno project known as Kiasmos with Janus Rasmussen of the Icelandic electro-pop group Bloodgroup, who announced his electronic album in 2014. Ólafur Arnalds is an Icelandic multi-instrumentalist and record producer from Mosfellsbær, Iceland.

The orchestration, on the other hand, is quite distinctively Olafur’s style. It is an excellent add-in with Albion Solstice or more when used standalone (See also our Spitfire Audio Albion Solstice Review – Rootsy, Celtic, and Noire )

In my view, for composers without Tundra and or if you can’t afford Tundra, this is excellent value for money since it gives you a taste of the Tundra experience at an inexpensive price. I’m a Tundra owner and obtained this because it’s an excellent complement to my collection of icy vibe instuments.

A few years back before I started to use Albion Tundra and when we were in urgent need of some orchestral resource for a client, the score required something special. We needed a low-end strings library with a huge soundstage that can do it all from tragedy to comedy without sounding like anything else out there. Today Cinematic Frozen Strings is an optional choice.

It’s a “huge small library”, which is perfect for epic moments in orchestral film music (See also our Spitfire Audio Albion Solstice Review). It’s perfect for film scores, video game music, or any other project where you need an emotional backdrop.

There were no violas used in the production process, so the mid-section of the frequency map was (purposefully) excluded from all newly recorded data — hence those inspired icy atmospheric tones that the library promptly delivers with ease.

This is a very small group, with eight players recorded antiphonally in the same configuration as ALBION TUNDRA, so you’ll be able to combine them if you have that library.

The Spitfire Audio Originals Cinematic Frozen Strings library is a collection of next-level detail and definition, courtesy of a bespoke Super Close signal recorded using clip-on microphones on the bridge of each instrument involved. It serves up next-layer depth and clarity through a unique Super Close signal.

The eight players demonstrate a variety of innovative strategies. Winter blues will be vanquished with a sampled smorgasbord of low-level musical magic inspired by the icy atmospheric tones of the sound-specializing British music technology company’s Albion Solstice or ALBION NEO.

The small number of players might provide greater freedom when it comes to chord voicings. Cinematic Frozen Strings is a musical technique that began when Olafur was scoring. The distinctive percussion accents are recorded in AIR Lyndhurst, and the sound quality is as good as it gets.

As always with Spitfire Audio’s Originals productions, this library has been designed to give composers the freedom of choice: you don’t need Albion Solstice to use this library, but if you already own it, the two will play beautifully together.

Sound from The Ice

This sound is great for any project that needs to have a sense of tension and uncertainty. It’s cinematic, yet it’s frozen in time, giving you the feeling that something bad has happened or is about to happen.

The icy quality of this sound adds an otherworldly touch to all sorts of media, such as commercials, games, television shows, trailers, and more.

The sound is reminiscent of a frozen landscape in the middle of winter but with an ethereal quality that makes it feel like something out of this world. The icy cold tones will add tension to any project while still sounding beautiful.

The string sections were recorded at AIR Studios in London, and they provide a wide range of different styles: pizzicato strings give you that big Hollywood sound; harmonics are perfect for subtle accents or background textures to make the music feel even more magical; glissandos will bring an otherworldly feeling to your project, and tremolos will add a sense of danger and suspense.

This library is perfect for any composer who wants to add an ethereal quality to their music, whether they’re scoring a film or just working on a commercial.

The Cinematic Frozen Strings pack provides all the icy sounds you need to create beautiful and tense music.

How to Use Your De-Esser Right