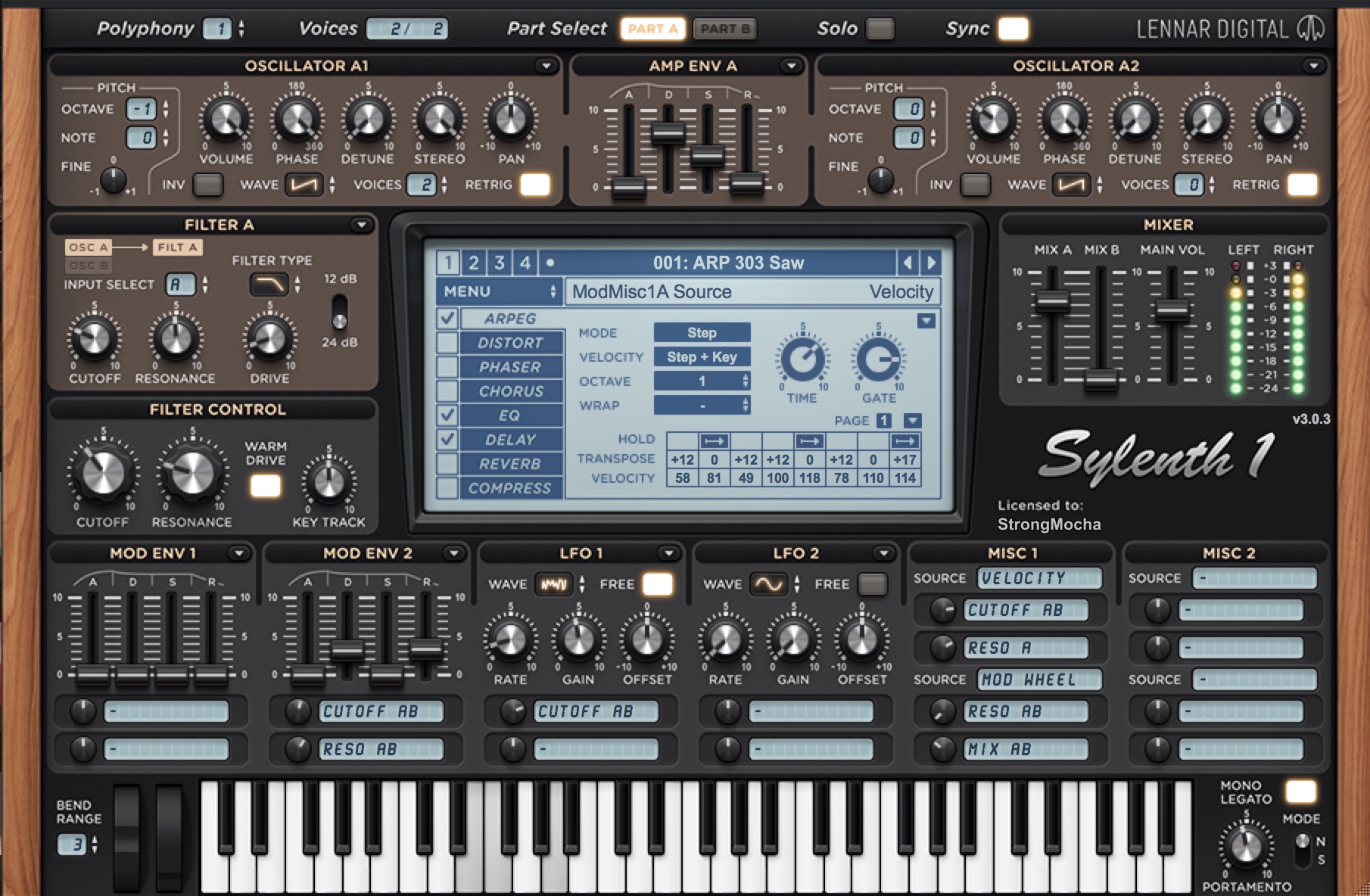 Sylenth1 by LennarDigital is a pure synth sound treasure. If you did hide under a rock or are new to producing music or composing Sylenth1 is worth a look.

Sylenth1 is a virtual analog plugin synthesizer and includes many unique sounds which you have heard in many tracks in the past years. Sylenth1 was launched initially in 2006. It is a golden oldie. LennarDigital did send a review copy with no strings attached. Sylenth1 is a classical and modern standard software synthesizer.

You install it with your license code and you are done. Sylenth1 can be installed and used on two computers at the same time.

The sound of sylenth1 is fabulous, even with its age for electronic music sylenth1 is still one of the top synths to use. It is a simple and great sounding software. There are plenty of 3rd parties presets to expand the sound pallet, many are free inspirational presets done by a large community.

Even after releasing more than ten years ago sylenth1 sounded better than most soft synths and some hardware synthesizer. For Software Synth this has now changed as technology moved on. Still, you get a sound that is top level. Sylenth1 is very successful in EDM circle as it can produce the needed sound remarkably well. It provides sound with presence and real punch, and if you are not happy with the ubiquity to add some plugins to boost it further.

Compared to many modern synths Sylenth1 has fewer features which mean for you really that you get results quicker. It is an excellent tool for quick bread and butter sounds or select one that is available with the massive amount of presets.

The UI updated with the version 3 is current with other similar instruments. The UI meets the demands of a modern MAC with a resizable, great new skin, HD support and a polished layout. Sylenth1 did also run particularly well on a Mac; we did not test PC version. The CPU load is optimized, and the RAM usage allows to run this tool on regular MACs.

Also, take a look at the listed Third Party Presets to add optional and free presets.

Sylenth1 is still one of the best EDM synths in 2018. After all the years still holds up against its competition with excellent sound and a fantastic large collection of useable presets, many free ones are available on the Internet to add more sounds.