Soundiron’s The New Shake 2.0 in Collaboration with David Oliver 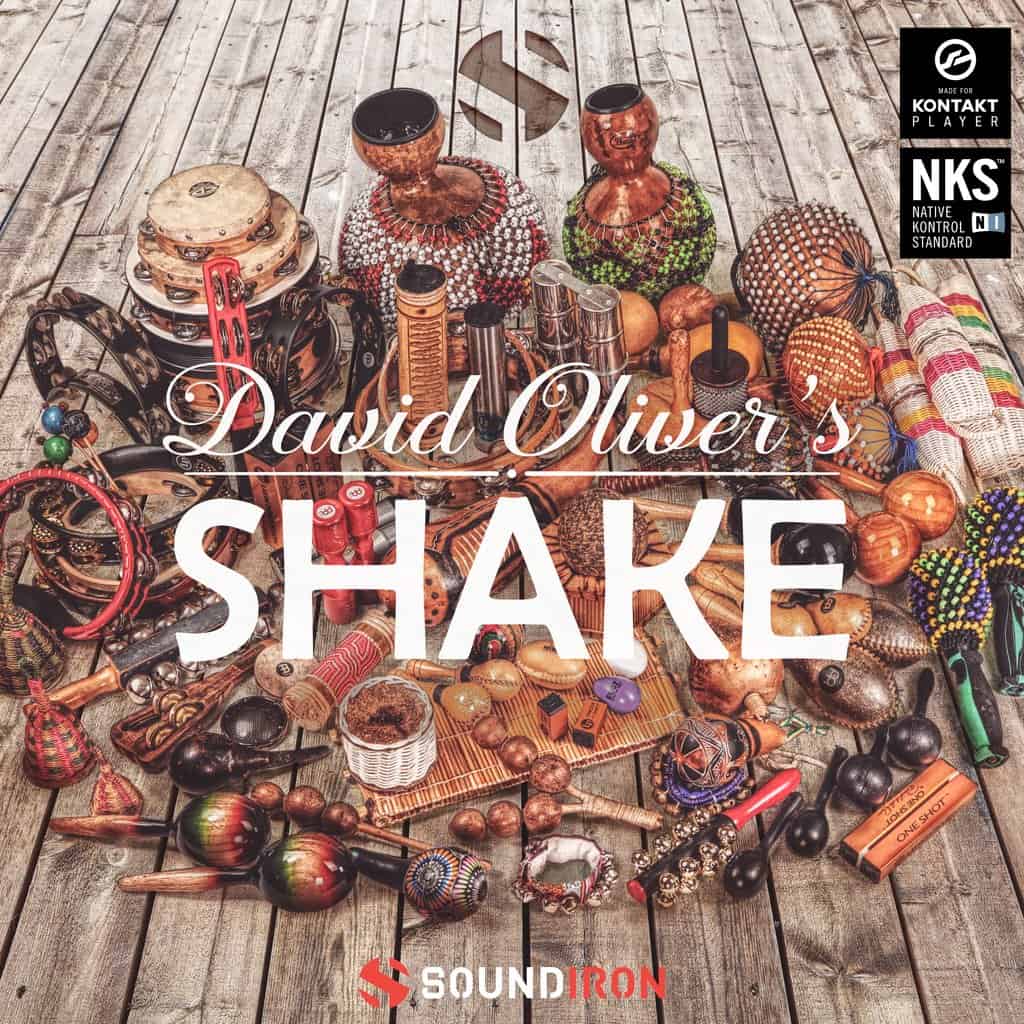 David Oliver’s Shake is a comprehensive collection of 95 shakers, tambourines, rattles, and bells from all over the world. This deep and stylistically expansive sample library focuses on live performed grooves, fills, flourishes, rolls, and individually sampled hits by British instrumentalist and media composer David Oliver.

David Oliver is an esteemed percussionist known for his brilliant and expressive soundtrack work on numerous award-winning films and television programs. Working from his studio in Somerset, UK, he has an intuitively inventive approach which first brought him to the attention of multiple award-winning composers William Goodchild in 2012. David went on to create rhythm ensemble recordings for William Goodchild’s soundtrack to the National Geographic wildlife documentary Ultimate Honey Badger. It was a fruitful first collaboration and received the highest number of Nat Geo views in its category in the history of the channel in 2014 (Earth Touch News Network Jan 9, 2014).

This was the start of a string of award-winning collaborations with Goodchild, notably Africa’s Giant Killers (BBC Natural World 2015) and Jago: A Life Underwater (James Morgan Films, co-Directed by James Reed 2015) – Winner of Jackson Hole Grand Teton Award and Wildscreen Panda Award 2016. Other collaborations of note include working with Emmy award-winning composer Barnaby Taylor on the soundtracks for Elephant Family And Me (BBC Natural World – 2016) and Ghost of the Mountain (Disney Nature – 2017). David is an avid rhythmic explorer who has made a number of his own percussion instruments such as UDU, bamboo slit drums, rainsticks, and water drums. He is a keen proponent of music for well being and regularly performs live. Visit him at www.davidolivermusic.com for more info.

Shake has everything you need for your next composition with a ton of unique instruments made and improvised by David including: the bamboo rainstick shaker, mung bean shaker, cocktail stick shaker, and many more. Our intuitive multi-layered modular UI allows you complete freedom to mix, layer, affect, and customize each sound to your heart’s content.

This library is built for the Free Kontakt 6 Player and is compatible with all NKS standard hardware.

Cappadocia, Turkey, and how it Sounds