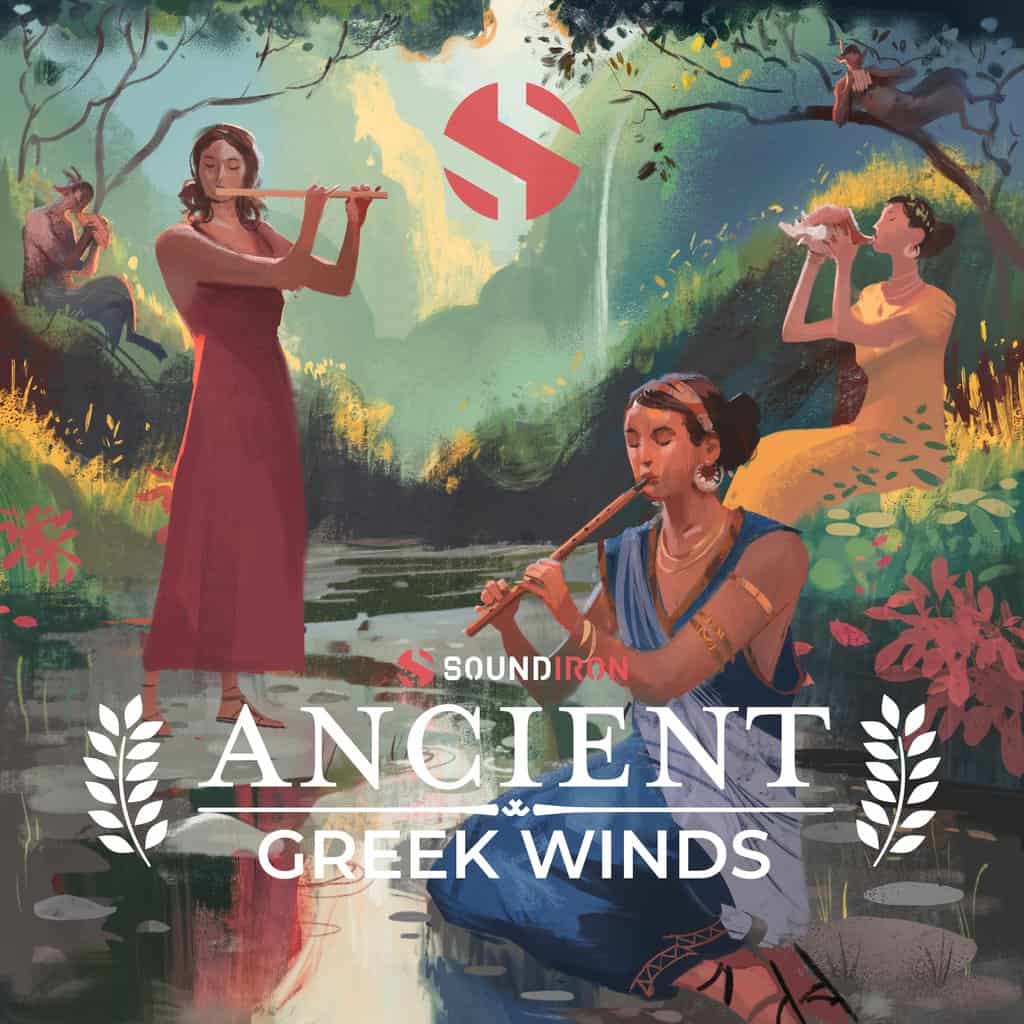 Ancient Greek Winds is a collection of nine carefully sampled traditional Greek woodwind instruments capturing the essence of the classical Hellenistic period. This group of restored artifacts includes single and double-reeded aulos flutes from bass to alto, as well as conch shell horns, brass salpinx horn, pan flute, and plagiaulos. Each instrument is fully playable, with sustains, staccatos, true legato, dynamic expressions, and effects tailored to its specific characteristics. Ancient Greek Winds is the perfect melodic complement to our Ancient Greek Strings and Ancient Greek Percussion libraries. Each instrument was hand-crafted using period-accurate methods, building materials, and tools by the Athens-based historical research group LyrΑvlos, led by Panagiotis Stefos. Fashioned from wood, reeds, conch shells, and bronze, these musical treasures faithfully explore the distant musical past and would be right at home in the hands of bronze-age musicians over 2,500 years ago.

Lyravlos is a historical organization, musical ensemble, and research group that recreates authentic bronze age instruments, using the same raw materials as instrument craftsmen in the height of Athens in 430 BC. They are recognized in Greece as well as abroad for a work not only of artistic and educational value but also of important accomplishments in original research. From the Athens Hall of Music and the Warsaw Opera, from the Festival of Old Music in Stockholm and Corcoran Gallery in Washington to the co-operation with the National Orchestra of Athens in the First Greek Musical Celebrations to the participation in the festivities of the 2004 Olympic Games and with Universities as the Boston University, Sorbonne, Ionian University, University of Ioannina, also with more than 400 concerts and seminars in schools of all grades, Lyravlos has become identified to realize the most well-documented effort towards the learning and promotion of the rich Ancient Greek musical tradition. The fundamental aim of Lyravlos is to revive in a scientifically documented manner and rightly promote Ancient Greek music by reconstructing the instruments that give life to the ancient sounds.