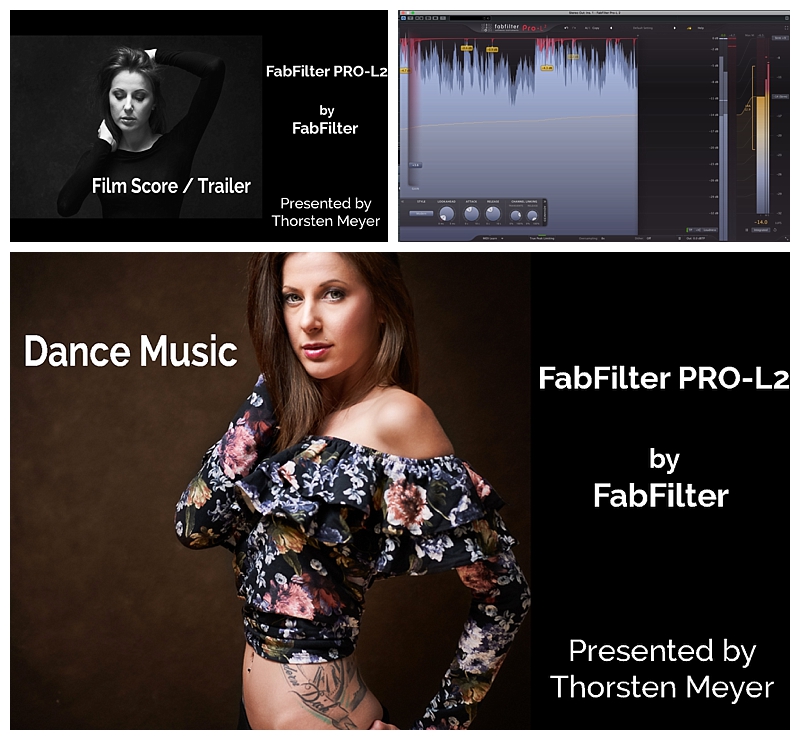 FabFilter released in early December 2017 a new version of their already famous and widely used professional Limiter Plug-in. FabFilter Pro-L 2 is an endorsed true peak limiter. The previous version has been commonly used in the professional space. FabFilter Pro-L2 supports true peak level meters and extensive loudness metering with support for current standards like EBU R128, ITU-R BS.1770-4, and ATSC A/85. FabFilter granted a review copy with no strings attached.

FabFilter is continually challenging and rethinking industry standards, FabFilter creates audio plug-ins with superb sound quality and innovative interfaces. FabFilter was founded in 2002 by Frederik Slijkerman and Floris Klinkert, based in Amsterdam, The Netherlands.

You install the filter and register the plugin by registering a specific code within the plugin. It is easy and straightforward.

The Pro L2 compared to the old version does improve the experience of using the limiter. The key features of the second version of FabFilter Pro-L 2 are the included four limiting algorithms, true peak limiting, new metering options, and a sidechain input.

FabFilter Pro-L 2 is an excellent limiter for transparent sound with the needed loudness depending on the source material or where you want to publish the music. New features include oversampling which has been increased from 4 times up to 32 times oversampling. The included loudness metering with support now EBU R128, ITU-R BS.1770-4, and ATSC A/85 standards.

Next new feature is accurate peak limiting, this Pro-L 2 feature detects true peaks in the input signal, and reduce them correctly.

For film scoring or any music/sounds that need to go on the big screen, FabFilter Pro-L 2 supports various surround audio including Dolby Atmos 7.0.2 and 7.1.2 formats.

The new audition limiting feature enables you to solo the real gain reduction signal that Pro-L 2 stamps on the master track. With this feature you can for example here how much Pro-L 2 changes the mix.

A composer who would need to master and mix their tracks can use FabFilter Pro-L 2 to get the right mastered track for the required media, for example, Vimeo or youtube.

To show off the different modes on a dance track. The LUFS in the Loudness meter was set to the targets -14 LUFS for streaming mastering as this video was planned to be released on YouTube.

This is not the typical use case, you would have the right mix to start with and need FabFilter Pro-L 2 to make sure your master is right for the platform which is streaming it. I did do this “strange” test to see what FabFilter Pro-L 2 can do with a crappy mix!

Fabfilter plugins are generally speaking all visually pleasing and come with and UI that supports you in your mastering or mixing task. The UI of FabFilter Pro-L 2  falls right into the category of offering a great UI that makes sense from a feature point of view and is delightful to work with. Retina resolutions are supported on OS X and High DPI support on Windows.

Fabfilter displays functionality instead of old hardware that is sometimes emulated in a plugin, a great approach and much more useful than showing an old equipment rack-mountable front end.

FabFilter Pro-L 2 is the new standard Limiter Plugin and for many professionals the number one choice. The new features (compared to the first version) are advantageous and help you to master quicker in today’s changing environment where you have to deliver a master for a streaming, CD or meet another requested loudness standard.