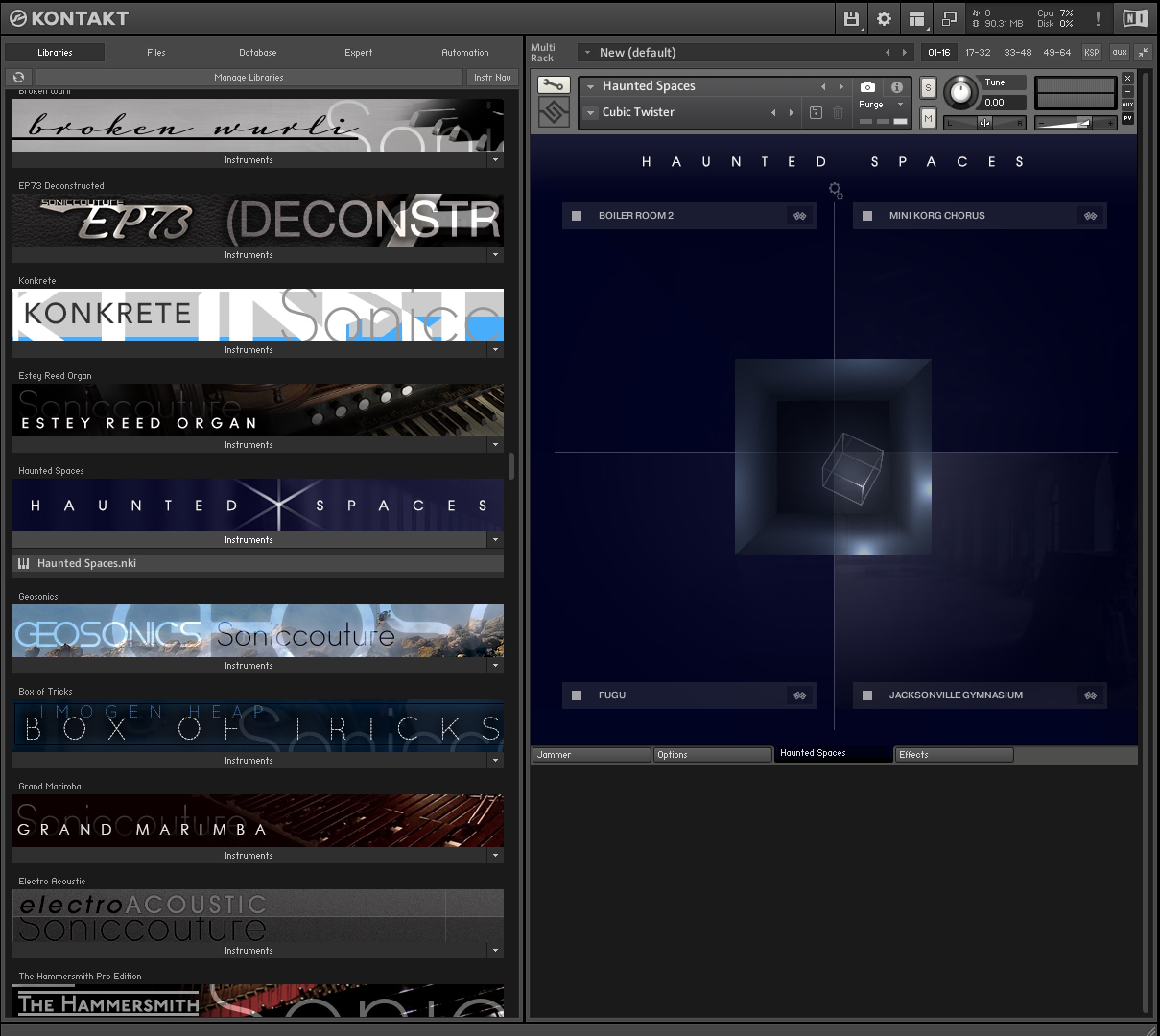 After an acquisition, you have many several options to download the library. The best I found was to use the installed that Soniccouture provides. After downloading and installing you need to register the library in Native Access and do a batch resave in Kontakt. It is a Kontakt Player instrument and requires KONTAKT 5 or KONTAKT 5 PLAYER version 5.6.8 or later.

Haunted Spaces by Soniccouture is a sound designer dream; anyone who wants to deliver certain emotions will be extremely pleased with this library. Alternative the included sounds can be used (in sound design) as the base for new instruments and sounds when mangled through external plugins and hardware sampler.

Haunted Spaces features over 400 presets. The heart of this sample library is a collection of 128 recordings original from Chris Watson. Those recordings have been combined with hundreds of synth, acoustic and percussion waveforms (including Ondioline, Novachord, Bowed Piano) to scare you and your audience when they listen to it. Not all sounds are scary but the good on getting you to sit up straight in your studio at night and sure help to deliver those needed emotions in a score or trailer. The more than 400 presets have been produced by Ian Boddy, Andy Wheddon, Soren Lemmike, EXM, Tobias Menguser.

Through the pad in the middle which is called Cube control, you can quickly morph between different sounds loaded. This is a method that we did see in many libraries released in 2017 and is a great way to morph sounds.

If you own other sample instruments like Thrill, Novo,  or many of the String Audio or AudioModern Kontakt libraries you find with Haunted Spaces a library that is complementary, that delivers even more creeper soundscapes. Haunted Spaces

Haunted Spaces has a modern and clean interface. I hope that a possible new product release of “Geosonics 2” would follow the same UI mode. If you look for the midi, learn the function of the pad you need to go to the options page and set your pad midi control there.

With Haunted Spaces Soniccouture and Chris Watson jointly created another unique instrument. Haunted Spaces is your perfect sound design source library or your next prime Horror scoring tool. If you in such scores and sounds you need to take a close look at this Kontakt library.