The Secrets of Epic Soundtracks – Epic Latin Music with Axé 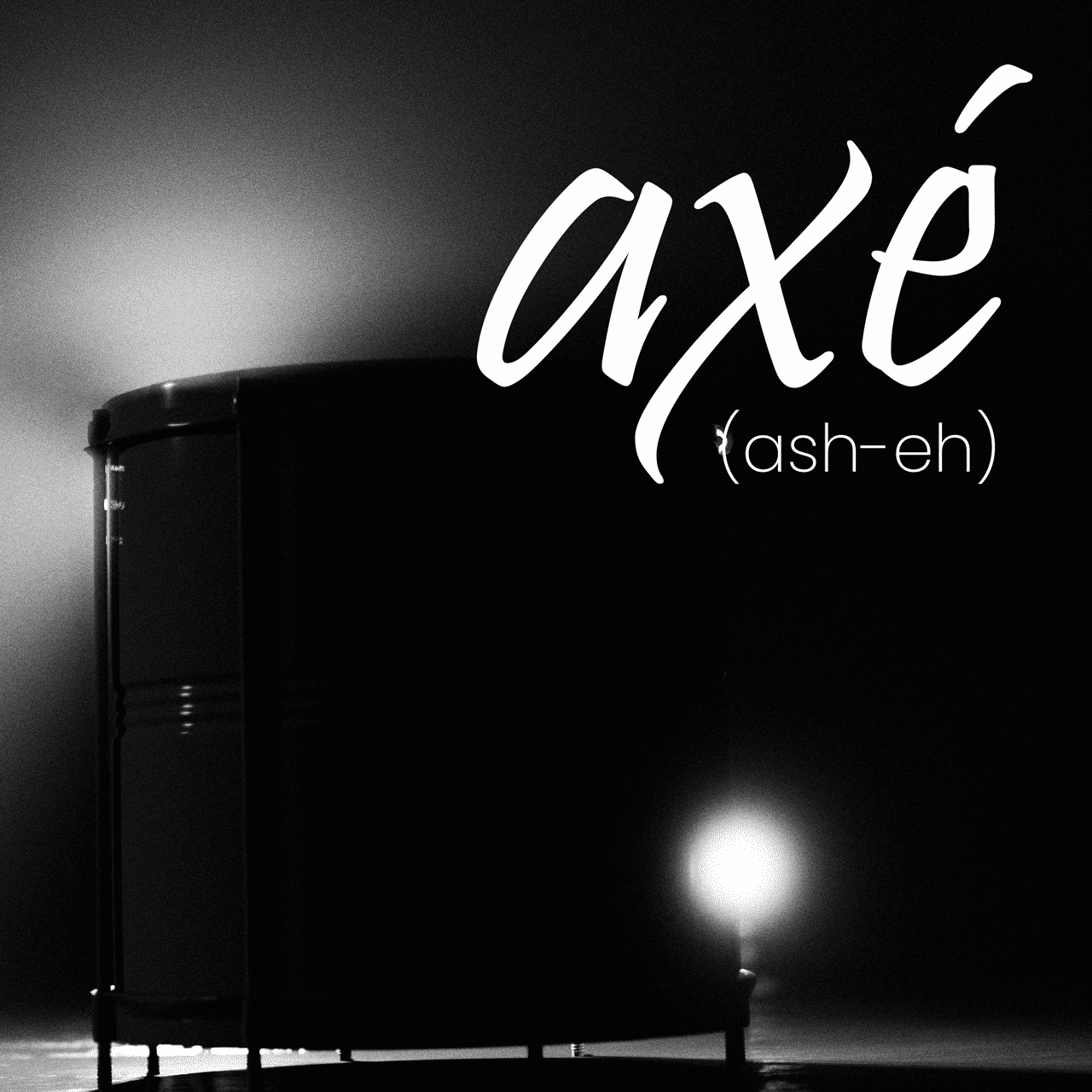 The music of Axé is a fusion of many different Latin American styles but also has an amazing sound. It’s the first time that these styles have been mixed together in this way before, and it will bring composers new ideas for what Epic Soundtracks could be.

Epic songs are very powerful songs that evoke an emotional response in the listener. The music directors for these types of songs use powerful instruments to create music with higher intensity. Epic soundtracks are songs that are played in movies, video games, and other projects. The music is typically very powerful but also has an upbeat tempo. Epic songs are part of several genres such as orchestra and percussive soundtracks. The percussion instruments that would be used in this type of song include the timpani which creates a bass-heavy sound with high pitch drums to compliment it.

Latin music is a term for any music indigenous to Latin America, such as salsa, reggaeton, and bolero. Now be ready for a completely new and unique sound in Latin music, Axé.

Axé is a fusion of many different Latin American styles but also has an amazing sound. It’s the first time that these styles have been mixed together in this way before, and it will bring composers new ideas for what Epic Soundtracks could be.

The Secrets of Epic Soundtracks

The variety in this piece is incredible. There are five different categories with 81 instruments total, including low-surdo drumsticks that create the roar you hear to high-frequency transients made from piques when they come together at just the right moments.

Epic songs are very powerful and even more powerful if they have the Latin vibe. The music directors for these types of songs use powerful instruments to create music with higher intensity. Epic soundtracks are songs that are played in movies, video games, and other projects. The music is typically very powerful but also has an upbeat tempo.

Which Drum Kits and Tonal Articulations are included?

Additionally, audio brewers designed 11 Drum Kits and 15 Tonal Articulations using Axé as a source. With the power of their rich engine combined with these sounds, you can produce even more sophisticated results for any piece!

Axé’s library of scores is vast and diverse, making it ideal for any composer who wants to find new inspiration. Axé offers a variety of different mixes to select from, depending on your needs. Four independent Mono Spot mixes. The perfect solution for a localized feeling, the audience can be immersed in this world. Stereo mixes (Close, Mid, and Far) are natively compatible with any speaker array. Immersive Mixes provide you the option to mix in surround or leave it all behind for some serious immersion!

Ambisonics is a technique for recording or creating audio that can be later reproduced in an audio system that has at least three speakers that are not the same distance from the listener. The two speakers are focused towards the front while the third one, which will be put behind your head, will send out sound to match what you would hear if you were positioned in the opposite direction.

Axé comes in Stereo and Ambisonics

As our main aim to offer tools for composers wanting to create immersive music (such as Surround, Atmos, etc.), we recorded and mixed Axé using also Ambisonics Microphones, and created four immersive Mixes that offer the perfect sensation of being right there with the percussion ensemble.

A 180° Immersive Mix creates a half-moon immersive experience with the ensemble. Here, you can feel as if the instruments were from your left to your right, in front of you.

A 360° Immersive Mix puts you right in the middle of the ensemble, where you can listen to the instruments all around you.

A 360° Presence Immersive Mix works just like the 360° Mix, but the instruments have much more presence so their transients are much more aggressive.

A Front Immersive Mix places the ensemble right in front of you, for a more localized placement of the ensemble – a great way to be able to pan the ensemble in the sonic spatial field.

Axé also includes Sound Design Percussion Kits, which make it easy to create exciting original rhythms. Tonal Articulations are invaluable for getting that perfect tone on any instrument!

A Smart Sequencer that will help you generate musically-coherent rhythms with one click. A unique and innovative tool for musicians, composers, or anyone interested in music theory to create their own melodies on the fly by using parameters such as syncopation, accentuation, etc., without having any previous knowledge about how this works !!!

Which Instruments are included?

With 81 instruments in total, divided in 5 categories (17 Low Surdos, 17 High Surdos, 17 Dobras, 15 Caixas and 15 Repiques), Axé contains a gamma that covers the whole frequency spectrum, from roaring Low-Frequency Surdos all the way to the massive High-Frequency transients the Repiques can produce when in an ensemble.

17 Low Surdos: The Surdo (or Fundo) is a large bass drum with a very deep sound and beefy tails. To be able to tune it ‘Low’ (Primeiro), it should be around 20-26 inches (50-65cms) in diameter. Although traditionally the heads would be made from goatskin, nowadays they are made from Nylon for better resonance.

17 High Surdos: The Surdo can also be tuned to be ‘High’ (Segundo) when their diameter is between 16-20 inches (40-50cms), usually a perfect 4th-5th from the Low Surdo, and together, they beat the base rhythm of a Samba Reggae band.

17 Dobras: The Dobra (or Surdo Terceiro) is an amazing drum that, although still low in Pitch, has a much more dry sound and it’s perfect for playing syncopations in Samba Reggae and even being in the foreground of music. The Dobra is slightly smaller than the Surdo Segundo and the beaters are less ‘spongy’ to produce louder transients and shorter tails.

15 Caixas: The Caixa is the most familiar instrument to non-Brazilian audiences: A Snare. Samba Reggae and other Brazilian Rhythms are in charge of creating a rhythmic background “mat” around which music revolves.

15 Repiques: The Repique (Also known as Repinique) is the front-person of the ensemble – the ‘melody’. They are small drum that is usually hit with a Nylon stick (some types of music use Wooden sticks). Techniques have a huge Transient and when played in an ensemble, create a massive and aggressive sound.

Axé is different because so many of these articulations have custom sounds not found elsewhere. There are also 11 Drum Kits and 15 Tonal Articulations to produce complex results.

What does ‘Axé’ mean?

‘Axé’ (pronounced ash-eh) is a word that comes from the Yoruba term àṣẹ, and today it’s widely used in Brazil’s artistic and martial-art world to describe ‘good energy’, ‘good vibes’, ‘soul’, or ‘light’. And this is precisely what audio brewers go for when they choose their name.: As Salvador de Bahia (Brazil) is one of the cradles of Brazilian percussion music, audio brewers wanted to choose a name that would completely make sense to this special project.

Batalá Atenas is a popular style of music in Brazil. The term Batalá means “dance” and Atenas means “Athens”. This style has roots in the Yoruba religious tradition and was brought to Brazil by African slaves in the 19th century.

BATALÁ’s music is a powerful, dynamic sound that excites the senses. The drums combined with their vibrant colors and interesting costumes create an unforgettable experience for audiences as they participate in this cultural event full of life

Batalá plays four types of drum instruments which give rise to sounds both calming and exciting at once; dance movements can be seen through video projections on stage while viewers are surrounded by colorful paintings raising our moods instantly!

The Batalá Mundo project has spread around the world, with over 1 500 percussionists in 36 bands across 14 countries and 3 continents. It brings authentic Bahia music to people everywhere they go!

Audio Brewers is a boutique sample library developer pioneer in creating products in native Ambisonics. From the recording stage to mixing and delivering, they work exclusively to make sure you have sonically rich content with the utmost fidelity and realism.

Requires full version of Kontakt 6.2.1 or above