Spitfire ALBION NEO – an Anagram of ONE by Spitfire 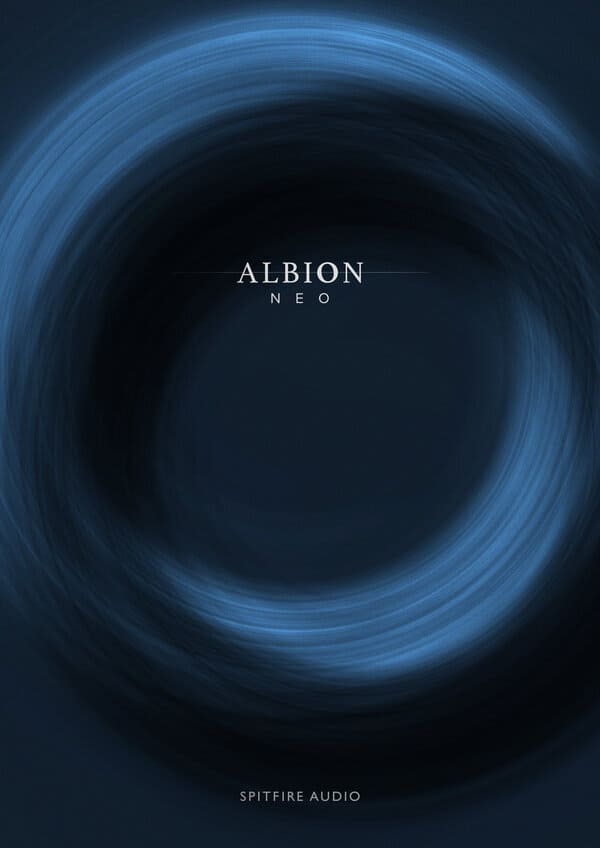 Spitfire Audio launched ALBION NEO — cleverly turning the proverbial page to open a new decade. With NEO Spitfire dawns the next chapter in its bestselling ALBION series around a chamber-sized orchestra with a super-intimate string section split by divisi across all articulations to offer anyone access to the incredible definition and expression of classic and progressive techniques creatively captured in the beautiful resonance of the hallowed (Lyndhurst) Hall at London’s legendary AIR Studios. Accompanied by an encyclopedic range of progressive synths, loops, and textures totaling over 300 carefully curated presets to address an exciting cultural shift in orchestral music and film scoring spurred by a demand for a closer, more emotive, hybrid sound suited to TV, films, and beyond.

Like life itself, the film scoring landscape is constantly evolving. With the rise of streaming platforms, TV shows and independent films are just as big as blockbusters, and directors are now looking for closer, more emotive, sophisticated soundscapes. Artists and composers are producing more progressive, daring, and emotive works within the film world and beyond as a result. Reality bites, but Spitfire Audio has been part of this new wave with its consistent creation of original tools that push the boundaries of orchestral music.

Indeed, its groundbreaking EVO… and SWARM… series and always-creative collaborations with pioneering composers and visionaries — from BAFTA (British Academy of Film and Television Arts) Award-winning Icelandic composer, multi-instrumentalist, and producer par excellence Ólafur Arnalds (famed for his original score to top-rating television series Broadchurch as well as several standout studio albums) to The London Contemporary Orchestra (one of the UK’s most innovative and respected ensembles, promoting the best new music and cross-arts collaborations to an ever-widening audience) — allow anyone to surf the musical wave with the likes of Ólafur Arnalds… or even become the next ‘new waver’! With ALBION NEO, Spitfire Audio has exquisitely encapsulated this new and alluring revolution, taking everything the sound-specializing British music technology company collectively learned during its decade-long sampling journey and applying it to its super-successful ALBION blueprint as a new decade-dawning next chapter.

Central to ALBION NEO is its inbuilt NEO Orchestra. As is the case with all of Spitfire Audio’s ALBION… series sample libraries and virtual instruments, it is designed to be both instantly playable and easy to use, with all instruments in each section spread across the keyboard.

Designed to complement each other and create interesting combinations when played together, with a specially orchestrated chorus of seven Brass — including 2 Horns, 2 Flugelhorns, 2 Euphoniums, and 1 Bass Trombone (with Detuned, Pulses, and Reblows articulations) and six Woodwinds — featuring Flute 1 – dbl Alto, Flute 2 – dbl Bass, Clarinet in Bb – dbl Bass, Bass Clarinet, Sax 1 – Alto dbl Baritone, and Sax 2 – Tenor dbl Bass (with Long Octaves, Long Swells, and Short Marcatos articulations) — that are played so soft that they sound like a breathy harmonium. Having said that, the emotion of each performance has been captured in intense detail, with Close, Close Ribbon, Tree, Ambient, and Outrigger multi-mic control and two specially curated mixes to choose from.

Furthermore, ALBION NEO has helpfully been taken to new dimensions by Spitfire Audio’s award-winning engineers enhancing those organic NEO Orchestra recordings to create Segla Textures — 85 organic and electronic curated presets (housed in Spitfire Audio’s totally tweakable and dynamic eDNA engine to allow almost endless creative possibilities as the go-to tool for creating pads and effects that perfectly bridge the electronic and orchestral, now including a new built-in arpeggiator and classic Spitfire Audio techniques such as Super Sul Tasto, Tremolo Harmonics, and Col Legno, as well as more progressive techniques such as Seagulls, Pulses, and Slow Detunes, all available for customisation); Stephenson’s Steam Band — a collection of modern, cinematic, hybrid synth pads, and textures (also housed in the eDNA engine as 108 uniquely curated presets presented as a vast ‘steam synthesiser’ made from those organic NEO Orchestra recordings and a selection of Spitfire Audio co-founder and composer Christian Henson’s rare vintage synths, fed through his modular rig and an admirable array of pedals and vintage tape machines by Christian Henson and Harry Wilson); plus Brunel Loops — an extraordinary collection of 116 subtly evolving, hypnotic, and rhythmic loops, taking inspiration from the likes of American singer, songwriter, multi-instrumentalist, record producer, and film score composer Jon Brion as well as the work of Australian singer, songwriter, and composer Nick Cave and associated Australian-French musician and composer Warren Ellis (effectively performed and developed by Spitfire Audio’s amazing musicians and engineers using experimental combinations of amplified stringed instruments, guitars and pedals, synths, saxophone, tuned and untuned drums and percussion, effects, and field recordings to generate ‘get of out jail’ sounds as an array of instantly gratifying gems from the heart of London).

As an orchestral library fit for a new decade, ALBION NEO naturally celebrates the work of composers from Oslo and Reykjavik with whom Spitfire Audio has creatively collaborated and supported, so surely it would be remiss of the company to have completed its icy-northern-inspired music-making masterpiece without first featuring a harmonium — hence opting to also record a pristine example in the cinematic splendor of AIR Studio’s Lyndhurst Hall… both clean and warped, of course! Creating intimate textural beds and drones with the resulting Harmonium’s warm, breathy tones comes naturally to ALBION NEO, as does add effects using its warped content folder. Fortunately, Spitfire Audio’s Mercury Synth engine easily allows anyone to shape their own unique pads and take the iconic instrument in question to new dimensions.

Effectively echoing the subtle, nuanced sound of ALBION V TUNDRA that captured a characteristically Scandinavian sound (sampling a 100-piece orchestra playing never-before-sampled techniques at the very edge of silence), ALBION NEO duly delivers the definition and emotive detail of a smaller orchestral ensemble — endless inspiration for writing intimate sections, scoring independent films that need more focus and precision, or adding achingly beautiful, expressive sounds and textures to intensely personal productions… and all out of the box! Better said — by Christian Henson himself, no less: “With ALBION NEO we go back to the very heart of Spitfire, and that is: small is more powerful… packs a greater emotional punch — especially if you put small in a great big hall like AIR Studios.”