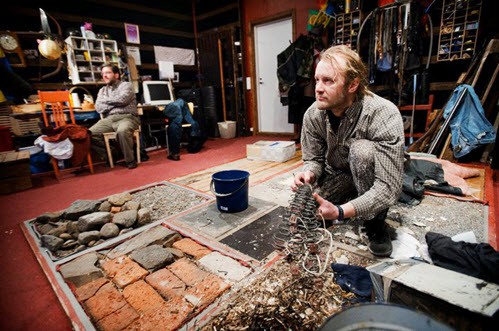 If you’ve ever seen a movie or TV show, chances are you’ve wondered: “What is a foley artist?” Foley artists reproduce everyday sounds in film and television. They work in closed studios to record sound effects. Sometimes, they work with props and create background noises.

Foley artists use everyday objects to create sound effects in movies, television shows, and games. These objects can be anything from water dripping from a faucet to a creaky door. During post-production, Foley Artists add these sound effects to enhance the audio quality of a film. Foley artists can also create their own sounds.

Foley artists have an intense understanding of sound, music, and rhythm. Since sound is such an integral part of an immersive experience, it is important to capture the right sounds in order to make a film or game realistic. Filmmakers aren’t always able to capture the best sounds on location, so they rely on a team of professionals to create authentic sound effects.

Foley artists create background noises to accompany movement in a film. When you watch a movie, you may notice an actress dancing on shards of glass, or you may hear the creaking of a door opening and closing. Most of these sounds are created by Foley artists.

Foley artists create these sounds by performing on a wide variety of surfaces. The artists then record the movements and various noises that come from the surfaces. These recordings are later used to build up background noises for movies and other visual media.

They record sound effects in a closed studio

When a movie needs to add certain sounds to a scene, a Foley artist can be a great help. These artists record sound effects in a closed studio, so they can easily be replicated during the production process. In addition to film production, Foley artists can also be used to produce music and sound effects for television and radio shows.

Foley artists make a wide range of sounds that we hear on a daily basis, from the simplest to the most elaborate. The first Foley artists were hired in 1927 by Universal Studios, and they appeared on The Jack Benny Show in 1948. One of the most famous Foley artists is Patricia Sullivan, who has been working in the field for over 30 years. She has been credited for creating sounds for movies and TV shows, including Breaking Bad and five seasons of Game of Thrones.

They work with props

In their day-to-day work, Foley artists use a variety of props and tools to create realistic sound environments. They carefully think about the sounds that convey the proper atmosphere in a film and then recreate them as accurately as possible. This requires the artist to use his imagination and creativity to produce realistic sounds, which can help make the actors’ performances more believable.

Foley artists use all sorts of props to create the sounds of various things, such as leaves, shells, shoes, and metal boxes. They may also use various types of materials, such as paper and aluminum foil. Sometimes, they use fruits or vegetables to mimic humans’ sounds.

Foley artists need patience because they record many different elements in a single take. For example, a Foley Artist may spend hours layering elements of a car smash, such as things falling on top of the car and hitting cement. The task can also involve creating sounds that do not exist, like the crash of a car crashing into a building. These sounds are necessary to convey an overall feeling and create the right effect for a scene.

Foley Artists often have a creative personality, and enjoy working with patterns and designs. They also prefer a job that allows them to be their own creative selves without having to follow rules. Moreover, Foley Artists must have a great attention to detail, as their job involves determining the appropriate sounds needed for scenes based on raw video footage. They also need to be creative in creating sound effects by using a variety of objects.

Foley artists must have a very precise sense of timing. Many of them come from diverse backgrounds and were originally trained as dancers. This helped them to work with others’ timing and be creative with it. Their body was always moving, just as their brain was. They have an uncanny knack for it.

Foley artists also need a keen ear and a keen sense of sound. They need to be able to distinguish minute details, such as the smallest movements of a character’s body. For example, they must be able to tell if someone’s eye is popping out of the socket, or if someone’s legs are swaying.