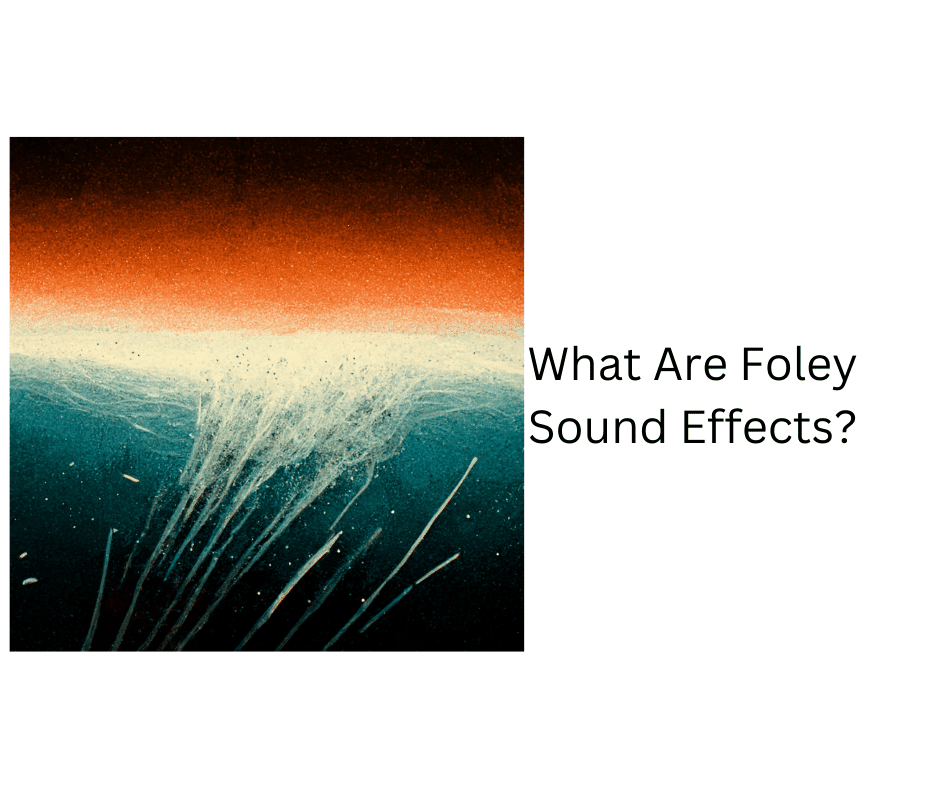 Foley is a filmmaking term that describes sound effects added to a film or media in post-production. These sounds can be real or recorded. They are usually added to add quality to the audio. Foley sound effects are also used to make instruments that can be heard in movies. Foley artists use a variety of recording equipment to create custom sounds.

Foley artists create custom sounds for film and television. These artists manipulate objects, such as firearms and tools, to create tailored sounds that match the action on screen. In addition, they must perform the sounds in sync with the scene. Foley artists often create the sounds for cartoons, including “Avatar: The Last Airbender,” “SpongeBob SquarePants,” “Rugrats,” and “Invader Zim.”

Foley artists create tailor-made sounds in a live studio. They position microphones to record different sounds, and edit files for the final mix. If you’re not a professional, you can experiment by creating tailor-made sounds with a microphone and a computer. This will give you a better idea of the process.

For example, a jogger trying to escape from a serial killer needs a sound that conveys a consistent sense of movement, changing perspective, and evocative emotion. It can be difficult to use sounds from library sources in this context, so it’s crucial that Foley artists create tailor-made sounds.

They record them in post-production

Foley sound effects are recorded in post-production after the film is finished, which makes them a vital part of the final mix. These sounds are produced using a variety of methods. Filmmakers often use props and clothing to create the effects. Depending on the type of sound that they want to achieve, they can also use cornstarch boxes to recreate sounds such as snowfall. They can also use old wooden chairs to record sounds related to creaky floors. Likewise, leather gloves or pigeon wings can be used to create different sounds associated with different fabrics.

Foley sound effects are created by recording everyday sounds that are often difficult or impossible to replicate using other means. Foley artists watch the entire film and note what sounds are needed in each scene. They then go back to their studios and collect props that could make the sounds that they are trying to recreate.

They can be recorded in real time

Foley sounds are recorded separately from dialogue. Typically, the actors’ microphones pick up dialogue and other sounds in the background, but the crisp intimacy of Foley sounds isn’t captured. In addition, if actors are turning up the volume on their mics, they may not get the best recording quality. Therefore, recording Foley sounds separately is a better option. It gives the mixing engineer more control over how to mix Foley sounds into the mix.

Foley’s work was influenced by the work of Michael Jackson. He recorded the moves in his hit song “Thriller.” The Foley artists at Skywalker Sound worked on many film productions, including “The Black Stallion.” In addition to using his own props, Foley also utilized a variety of surfaces to record sound. In one of his last Foley jobs, on Spartacus, Foley took a huge ring of keys from his car and jingled them in time with a marching character’s step. This saved two days of shooting with soldier extras.

They can be used to create instruments

Sound effects can be created in a variety of ways, from instruments to subtle movements. Footsteps, for example, are often difficult to record, but Foley recording studios are outfitted with different types of shoes and floor surfaces to create realistic sound. A variety of sounds other than movement are created by lip-syncing to the film image.

Foley sound effects are also commonly used for transitions, percussive layers, and background ambient textures. Samples of these sounds can be loaded into synthesizers or phone recorders to create instrument sounds. For example, an artist can record seagulls and waves crashing to create the vibe of a beach.

Foley sound effects are also used for film soundtracks and TV shows. These recordings of everyday items are called Foley sounds. Jack Foley, a sound effects pioneer in Hollywood, pioneered this technique. The term Foley is derived from his name. He was a pioneer of Foley audio and used it to create the sound of muddy footsteps.