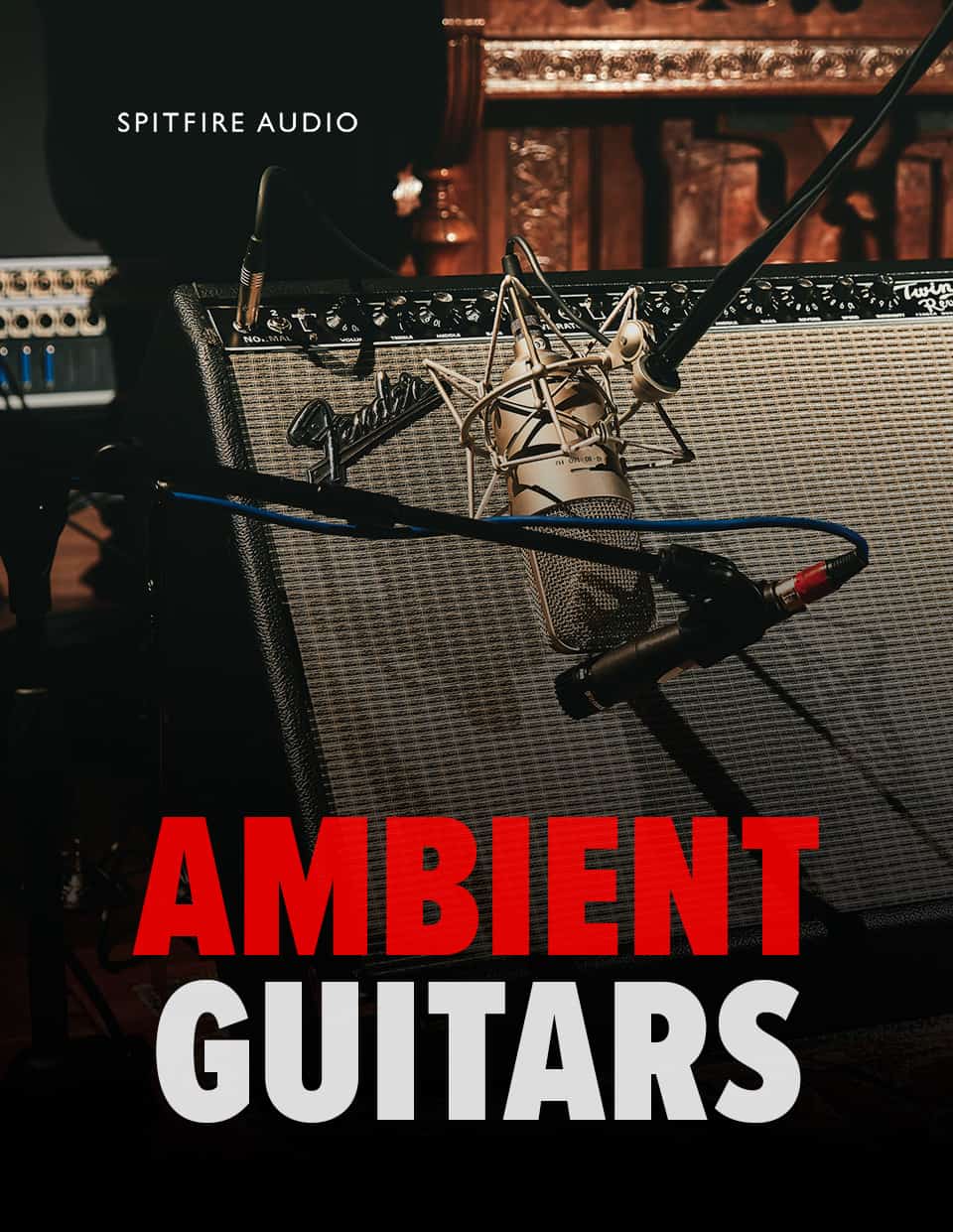 This library is a collaboration between Leo Abrahams and Spitfire Audio. Leo performed the guitars and did run the tones and clean sounds through his large collection of rare effects pedals and amps. Leo is a world-renowned musician, composer, and producer who has recorded and toured with successful artists such as Imogen Heap, Roxy Music, Grace Jones, and Pulp.

Leo has written and produced for artists including Wild Beasts, Florence & the Machine, Ghostpoet and most recently, Editors. His own records include The Unrest Cure, featuring Brian Eno, KT Tunstall, and Ed Harcourt. He has composed scores for movies such as The Lovely Bones (with Eno) and Hunger (with David Holmes). He is also credited as the guitarist on film scores such as ‘71, Ocean’s 12 and Ocean’s 8, Twilight, Green Zone, Molly’s Game & The Man from U.N.C.L.E.

“When I’m writing, I often build a sound first and let the composition evolve,” explains the innovative virtuosic guitarist “I hope that some of the guitars sound on offer here will inspire other people to do the same and that some of the ambient sounds are helpful when what’s needed is neither a synth pad nor an actual ‘part’, but just a bit of atmosphere. I hoped we could capture a sense of danger and abandon.”

You install the library with the Spitfire Audio App, after download register the library in Native Access (Native Instruments) to use it in Kontakt.

Ambient Guitars is a collection of inspiring and modern cinematic guitar sounds, textures and loops. The recorded content was created and performed exclusively by Leo Abrahams. If you do not know the older EDNA collection by the same developer this library Ambient Guitars is a repackaged EDNA 1 & 2 with some added new content. Spitfire is aiming with this library composer who needs this vibe and sound in their work for film, TV and game music. This Kontakt library Ambient Guitars is especially suited to dark, urbane, indie style scores. Spitfire Audio Ambient Guitars includes a mixture of timbres produced with guitars. In the forefront are especially “distorted” sounds, where sometimes it is not obvious that they were produced with guitars.

The collection of distinct boutique amps have been captured by several different microphones and more important mixes, all available to you in the library. Many patches support one of the six mixes (see below)

You use Ambient Guitars in the eDNA engine, almost every patch you load (and there are many) loads with the eDNA interface. In this interface you can mangle the two sounds selected, there is also a sequencer, gate and some selected FX supported. For additional effects, you want anyhow to use the wide range of in the box effects or if you have some pedals in your studio route the sound through those external hardware devices.

First off I love Spitfire’s EVO products. In Ambient Guitars you also can perform using the Evo Grid to create unheard sounds and tones. Unique to the EVOs is for example that you can create something new randomly. The EVOs or evolutions are all about gently developing sounds that develop over time. It is an excellent tool to create ambiances, pads, textures, background bed and drones.

With this sound of Guitars, pedals and AMP collection you have access to cinematic unique ambiances, natural pads, hard-hitting basses, and guitar loops. All ready to use in Ad, Games, TV or Film. This gives you obscure underscores and more. The product is not unique in the market as there is Scoring Guitars 2 by Heavyocity, Cinematic Guitars Organic Atmospheres, New Rhythmic Aura 1 and 2, Randomisers Series 1.2, Rhythmology.

Ambient Guitars is an excellent extensive compilation of contemporary guitar noises, textures, and loops. This library is flawlessly used in your next cinematic score, independent if you score for ad, games, film, or TV. Ambient Guitars covers a large range of distorted and if you required clean amp signals. With this guitar sounds, you can compose a lush, ambient type track or go very aggressively by using distorted sounds. The ambiance and textures reminded me a lot of Chords Of Orion which I love to watch on YouTube. For me, the Evo grid is meriting the investment alone.