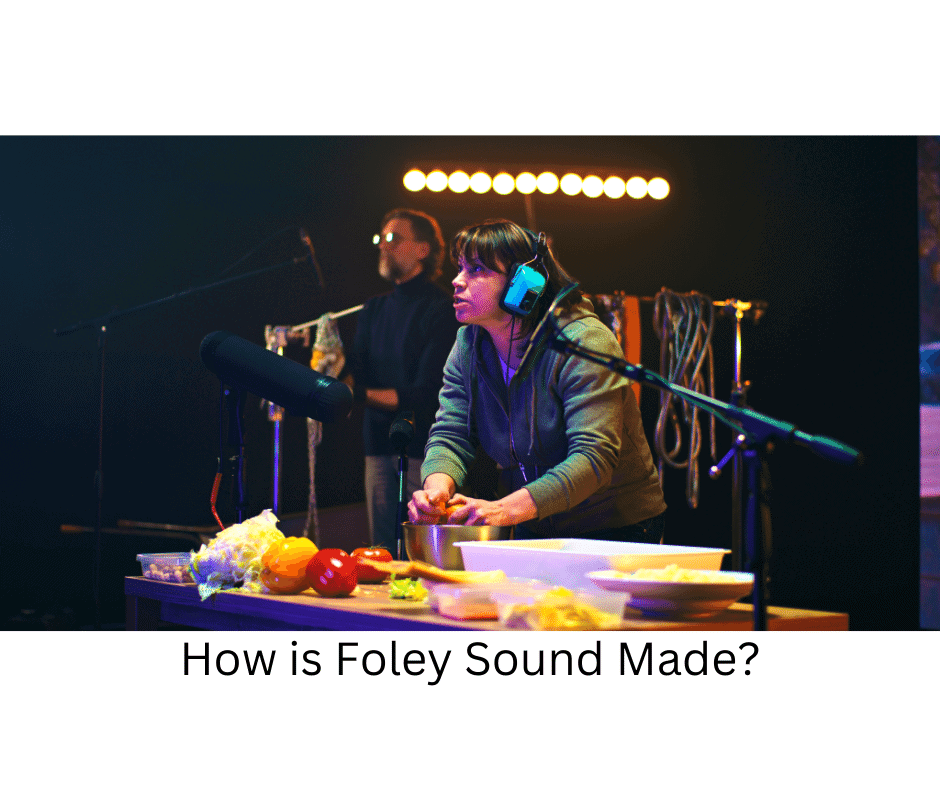 You’re not alone if you’ve ever wondered how Foley Sound is created for film or television. Foley Sound often adds a unique flavor to action or comedy scenes. These sounds can be created with anything that can be transported into a recording studio. The best way to create a Foley Sound is to think outside the box.

Foley sounds are recorded in post-production

Foley sounds are recorded during post-production, using a variety of recording techniques. A sound artist creates these sounds in a recording studio. The sounds are usually small and are difficult to record live. Once the recording is complete, the artist mixes and edits the sounds to create the desired effect.

Foley sounds are recorded to make a movie or television show sound more realistic. They are a type of sound effects created in the recording studio during post-production to enhance the audio quality of the movie. The term Foley comes from the pioneering work of Jack Foley, who invented a technique for creating realistic sounds using simple tools and everyday objects. Foley sounds are often combined with field recordings to create a more authentic sound to film and television.

Foley artists use different props to create sounds such as footsteps, doors opening and closing, and other sounds that can not be made in a real-world environment. They can also use their hands to create specific effects, such as squeaking doors or breaking glass. Foley sounds are among the most common in movies, and are used in a wide range of settings.

They are not added to the soundtrack

Foley sound is an extra sound that is recorded for a film or television show, usually during the post-production process. It can range from very simple sounds like footsteps to complex ones like glass breaking. Foley artists control the volume and type of sound, which helps to enhance the production.

Foley editing is both technical and creative. The process is similar to musical editing. Editors may need to nudge one step in front of another if the steps are out of sync. It’s important to check that all Foley sounds synchronize with the scene and are not out of sync with the picture.

Foley artists use their unique skills to match sounds to images and videos. They are often hired by film producers to add the sound of an actor or object to the film. In addition to using real-world sounds, Foley artists can create realistic sounds for TV, games, and other media. For example, the film “The Dark Knight Rises” used a foley artist to simulate the roar of a dragon.

They are used to enhance comedy or action scenes

Foley sound is a specialized audio recording technique. This sound is used in films and TV shows to enhance comedy or action scenes. This type of recording is a lot like editing. It involves multiple steps, including self-checking. Often, around 10 to 30 percent of the material will need corrections.

Foley sound artists record different sound effects, from footsteps to glass breaking. They then work with a team to create a scene using different sounds. Foley sound designers have the ability to manipulate volume and type to enhance production. They must be patient and collaborative to achieve the desired results.

Foley sound was created in the mid-20th century by Jack Foley, a sound engineer who started his career at Universal Studios. Back then, microphones only recorded dialogue, and other sounds had to be added after the filming was completed. Foley and his small crew synchronized the sounds with the actors’ movements. Foley worked on films until his death in 1967.

Foley artists create the sound of human interaction in films and television. This includes things like footstep sounds, clothing, and props. They also add ambient sound to the scene. These sounds are not created using actual cloth; anything that can be transported into a recording studio can be used for Foley.

The Foley artist works in a recording studio, using various objects to create the sounds of action scenes. Usually, the sounds are very small and require extensive time to create. In addition to these tools, the artist must be good at thinking outside the box to come up with different sounds.

Foley was originally developed to add sounds to live broadcasts of radio dramas. The phonograph recording of the time was too limited to capture everything. Foley and his small crew would synchronize sounds with the motions of actors to make them sound real. Foley continued to work for the film industry until his death in 1967. Foley had made an impression on the sound world despite his short life.