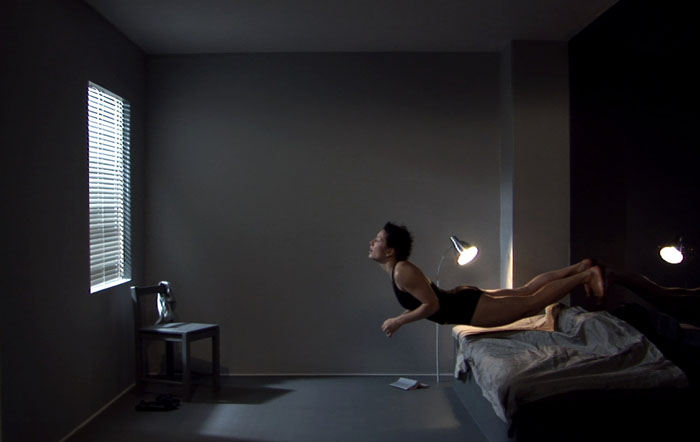 In 2007, a subtle and intelligent film was made depicting the relationship between our bodies and modern physical environments. Entitled “Flesh and Furniture” is set entirely in an all-female household with a sultry female vocal score.

The furnishings, fixtures, and bedding are all horizontal, while the performers appear to defy gravity. This play on the senses challenges the viewer to see things from a different perspective.

By cleverly designed, the film makes a powerful statement about how we interact with our physical surroundings. It is both visually appealing and thought-provoking, leaving the audience wondering about the hidden message behind the scenes.

From the very first frame, it is clear that this film is going to be different. The camera slowly pans around a small room, taking in the peeling wallpaper and mismatched furniture.

It feels like we are intruding on someone’s private space. But then, something strange happens. A lamp starts to float in mid-air, and a chair seemingly comes to life and starts walking around the room. It soon becomes clear that we are witnessing a masterful illusionist at work.

Through a combination of skilful editing, brilliant movements, and clever use of everyday objects, the filmmaker has created a wonderfully unique and deeply absorbing experience. It is a film that will stay with you long after the credits have rolled.

It is easy to see why Janunger’s film has been so acclaimed. The visual effects are stunning, and the dancers are simply breathtaking. But what makes the film so special is its use of real magic. B

y carefully tilting the camera, Janunger creates an illusion of weightlessness that is both compelling and believable. The result is a film that is truly spellbinding. Lundkvist and Stattin’s performance is nothing short of perfection, and their movements are both graceful and powerful.

It is clear that they have put their heart and soul into this film, and it shows. This is a must-see for any fan of dance or magic.

“Weightless” was Janunger’s master’s project and is her way of exploring the intersection of architecture, choreography, and music.

In “Weightless”, the director uses architecture to constrain the movements of two dancers. The set is split in two, depicting the everyday environments of the living room and the bedroom.

Two polarities speaking of public and private, awake and asleep, constraint and release. The film tells a tale of how easily the eye can be deceived and one’s longing to break free from a force that will always keep movements caged, the relentless force of gravity.

The dancers are forced to work within the tough constraints of the set, but are also left with new breathtaking possibilities of movement.

This film is a visually stunning exploration of the human need for freedom and expression.

Erika has a master’s degree in interior architecture and furniture design, from the College of art, craft and design in Stockholm “Konstfack“. 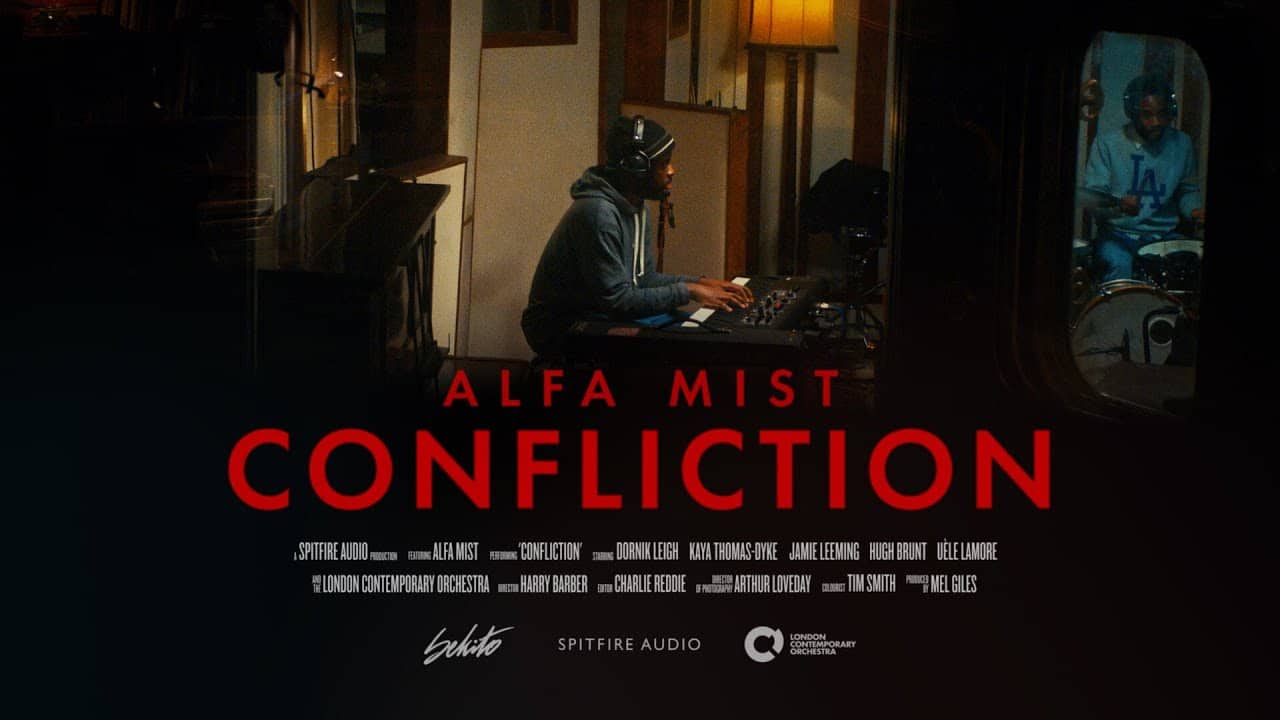 Alfa Mist: Confliction Growing up in Newham, East London, Alfa Mist began his musical career in grime and hip-hop before being drawn to jazz, world music and movie soundtracks he discovered through sampling. In this film, we follow Alfa Mist’s journey as he collaborates with the London Contemporary Orchestra to re-imagine ‘Confliction’: a track he… 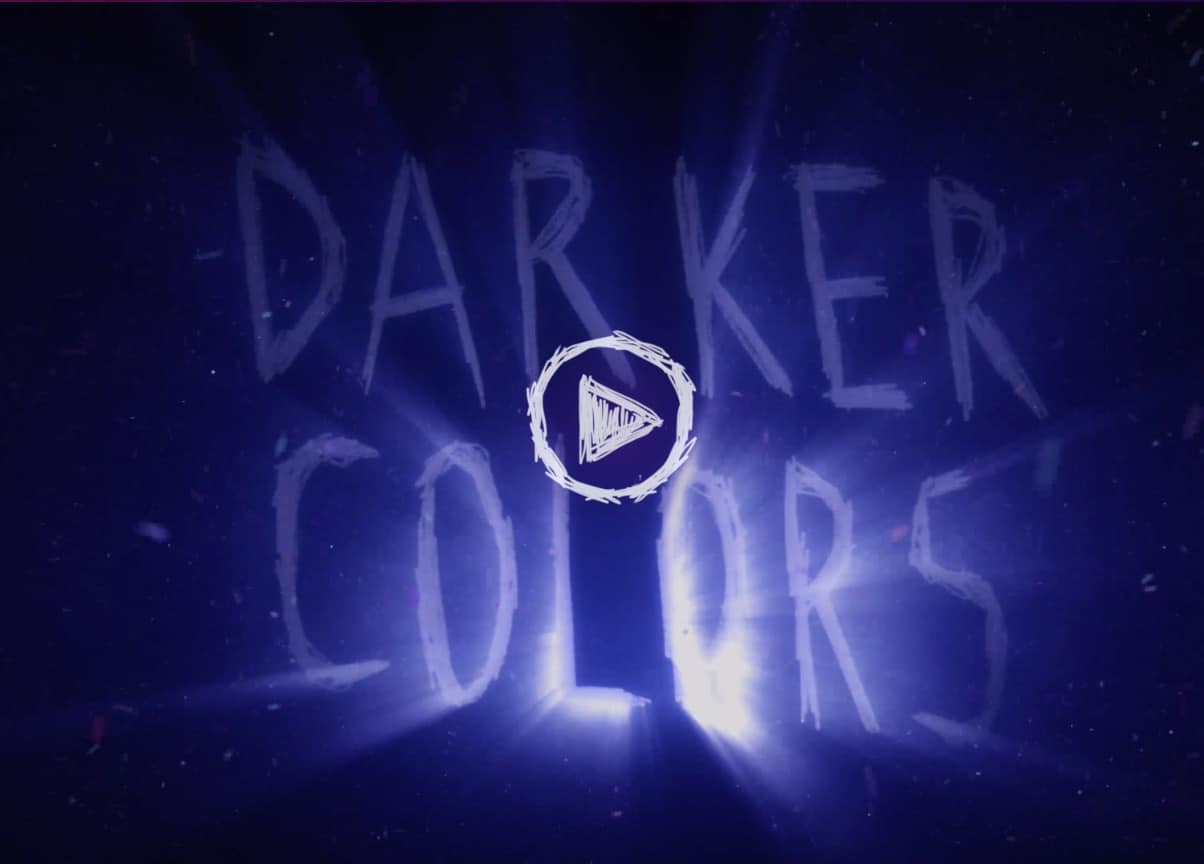 Darker Colors | A Short Film by Seth Worley From Red Giant and writer/director Seth Worley (who isn’t the person typing this) comes a mind-blowing supernatural horror masterpiece (again: not Seth) that people (not named Seth) are calling, “the greatest human achievement since outer space”. We hope you enjoy the film enough to watch it thirty seven consecutive times and…